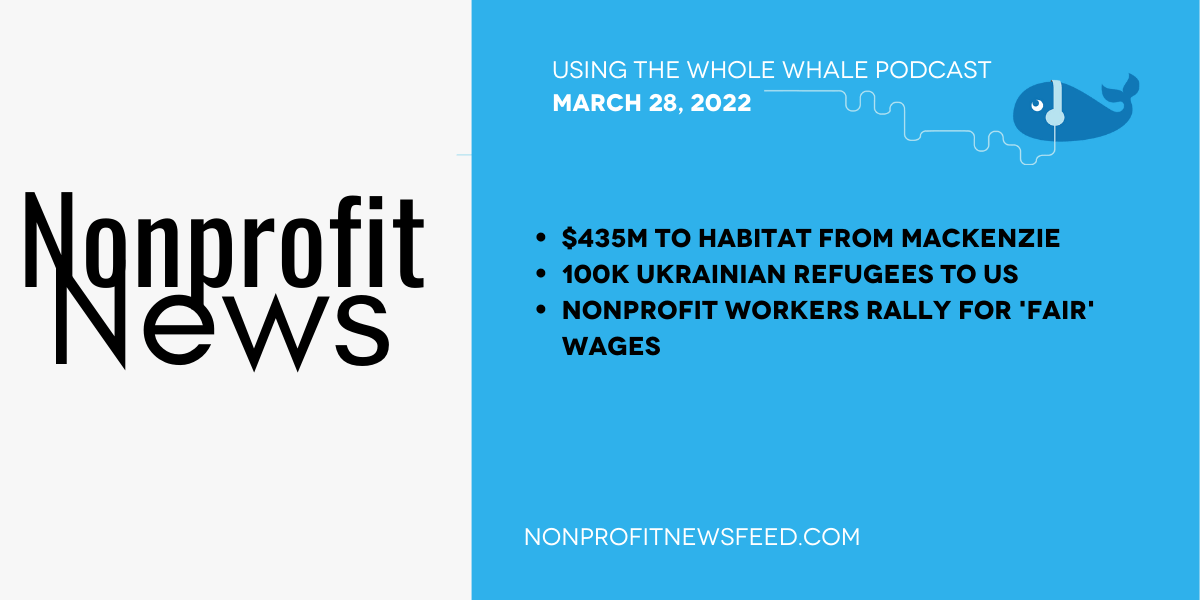 The Biden Administration has announced plans to welcome up to 100,000 Ukrainian refugees into the United States, according to reporting from Politico. Refugees will be allowed entry through a range of admission pathways, including “humanitarian parole,” and “immigrant or nonimmigrant visas.” Since February, the U.S. has given over $123 million in humanitarian support to Ukraine and neighboring countries, with over $1 billion in additional humanitarian funding to come in the coming months. The welcome.us website serves as a portal for Americans to get involved with refugee relief efforts for both Afghan and Ukrainian refugees.

MacKenzie Scott has donated $436 million to Habitat for Humanity International as well as 84 of its U.S. affiliates, according to reporting from the Associated Press. The donation again represents a seismic donation that eschews many of the traditional hallmarks of philanthropy by ensuring all funds are unrestricted. (Scott’s donations come in the form of DAFs.) So far, MacKenzie Scott has donated $12 billion to over 1,257 groups, according to a New York Times analysis. She has also recently made donations to Planned Parenthood, Ukraine relief efforts, and other groups.