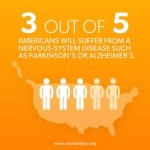 How do you turn social and media attention into donors for your organization? Emily Moyer, the SVP of Marketing and Digital Strategies at the Michael J. Fox Foundation explains the process of moving friends to funders. They were able to capture the attention from Back to the Future Day in 2015 and turn it into a record breaking fundraising year around #GivingTuesday.

This goes far beyond the luck of having a celebrity attached to the foundation and instead speaks to the methodical approach Emily’s digital team takes to tracking and nurturing their audience. The Foundation’s 2015 #GivingTuesday online giving capitalized on social media efforts from Back to the Future Day which led to a 25% increase (130k) in its followers across major platforms. Thanks to the focus on engagement and a higher matching grant of $500k, the Foundation was able to raise $500k online around #GivingTuesday, up from the $100k they raised in 2014.

Here are some of the tools mentioned in the podcast.

And just for fun, here is Michael J. Fox trying on self-lacing Nike MAGs that helped the organization drive social engagement on Back to The Future Day – October 21st, 2105