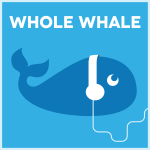 Dan Treglia PhD from the University of Pennsylvania School of Social Policy and Practice discusses his research on the impact of hope and resilience on family shelter stays. His research shows that just a 1 point gain on an 8 point hope scale resulted in a reduction of 35 days or 10% in family shelter use in New York. We talk with him about how he did this research and at a broader level how other organizations can think about impact studies like these.

The Research: Using Positive Psychology to Explain Shelter Use

Using Positive Psychology to Explain Shelter Use: A Study of Homeless Families in New York City Psychologists and economists have found that positive psychological capital leads to improvements in policy-relevant variables like academic achievement, income, and justice system recidivism; this is the first application of that framework to homelessness. This study measures three positive psychological traits – hope, resilience, and self-control – among 276 families who entered shelter in New York City, and uses survival analysis models to examine their relationships with the number of days subsequently spent in shelter and whether families who exited shelter returned. On an 8-point hope scale, a one-point increase is associated with a reduction of 35 shelter days and a one-point increase on a 5-point resilience scale reduced shelter use by 32 days. A growing body of research suggests that increasing hope and resilience through low-cost, low-burden interventions may reduce total shelter use. In addition, baseline comparisons to other populations suggest that homelessness is not associated with a deficiency of positive psychological attributes, which may be helpful in re-framing the discourse on factors associated with homelessness.