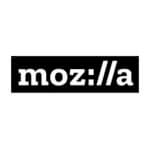 In Episode 92 of Using the Whole Whale, we talk to Craig Wiroll, the Gigabit Portfolio Manager with the Mozilla Foundation, about the Foundation’s work to save the Internet… and maybe all of the people that use it?

If Mozilla is new to you, we won’t say you live under a rock, but you live nearby…If your organization deals with workforce development, education, or any manner of freedom you expect people on the Internet to have to speak their voice, you should care about the work of the Mozilla Foundation.

Their work in the Open Source community to connect and amplify the work that should be done to build a better Internet is unparalleled, and their programs have probably touched you in some way, shape, or form (Firefox? That’s them).