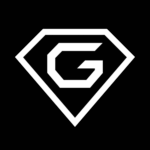 It’s Friday night. You’ve left a bar, said goodbye to your friends heading in the opposite direction, and are walking the 8 blocks home. Or perhaps you’ve worked late and are making your way to a different subway station to get home because your normal train isn’t running. Maybe you’re in a new town at a conference and figuring out the best way of getting back to your Airbnb after a night of networking and negronis.

That last part is how we met this week’s podcast guest, Founder and CEO of GuardianX, Marc-Johann Kavantsaari.

After his wife witnessed one of the above everyday situations gone terribly wrong — she was the one to call the police as a sexual assault unfolded before her eyes — Finnish lawyer Marc-Johann Kavantsaari began to explore the ways the phones we carry with us (and their tracking devices) could be used for safer commutes home. GuardianX was born and the former lawyer became a tech entrepreneur.

But what’s the best way of using our everyday, back-pocket tech to combat social issues? And is the tech actually the solution? We asked Marc about this, as well as finding the metrics that matter for a startup social impact organization like GuardianX, in this week’s episode of Using the Whole Whale.