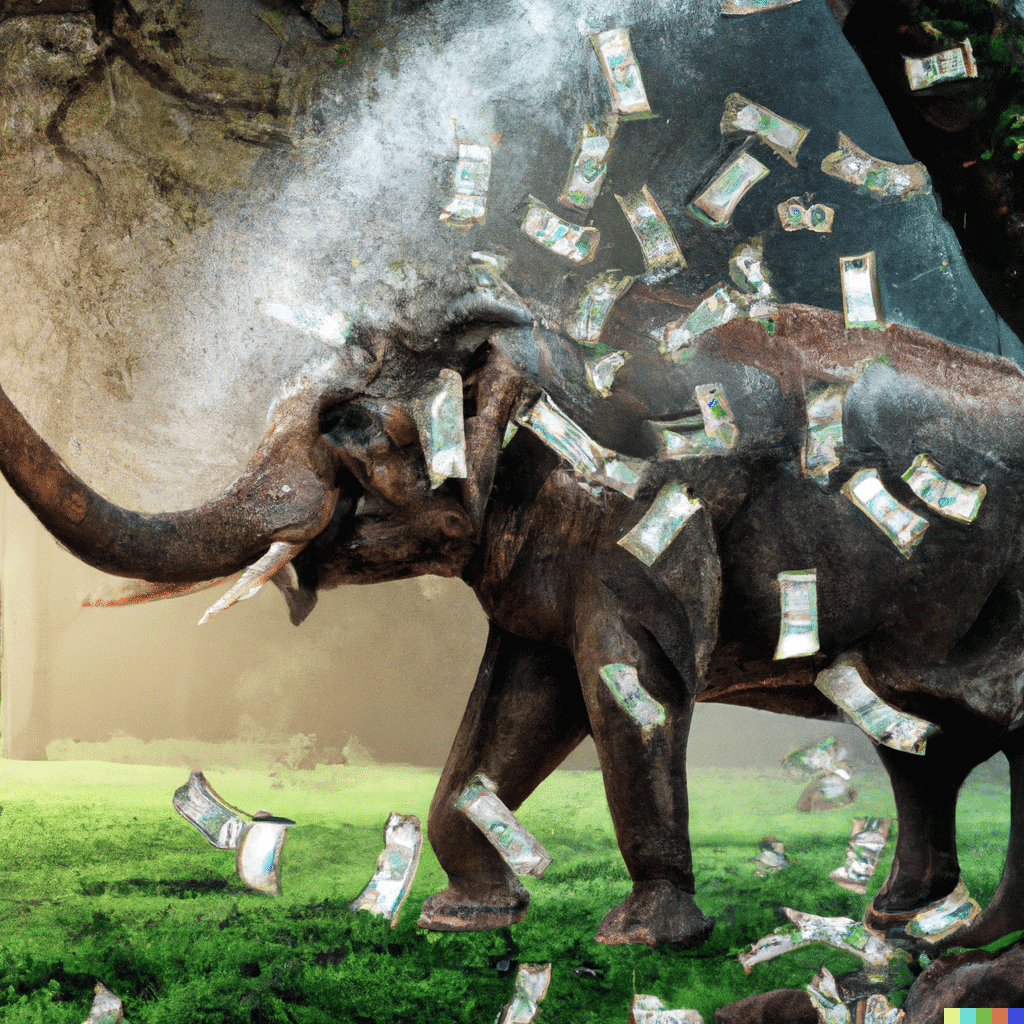 Barre Seid, an “electronics manufacturing mogul,” has donated over $1.6 billion to the conservative political nonprofit Marble Freedom Trust, according to reporting from The New York Times. The 501(c)4 nonprofit, led by a prominent conservative political operator, represents the largest single donation to a political organization ever and dwarfs the spending of the top 15 GOP and Democratic-aligned nonprofits during the 2020 election. The donation was structured as a stock donation, as opposed to an all-cash donation, as a legal way to skirt a complicated web of tax rules. The Marble Freedom Trust is run by Leonard A. Leo, who among other titles, was previously vice president of the Federalist Society, and is largely credited with engineering an increasingly conservative Supreme Court. Justice Clarence Thomas once jokingly referred to Mr. Leo as the “third most powerful person in the world,” as reported by The New York Times.
Read more ➝

Image from DALLE-2, an OpenAI project.

Prompt: “Rainstorm of money on an elephant, nature photography”

Learn how your organization could start using AI content creation.