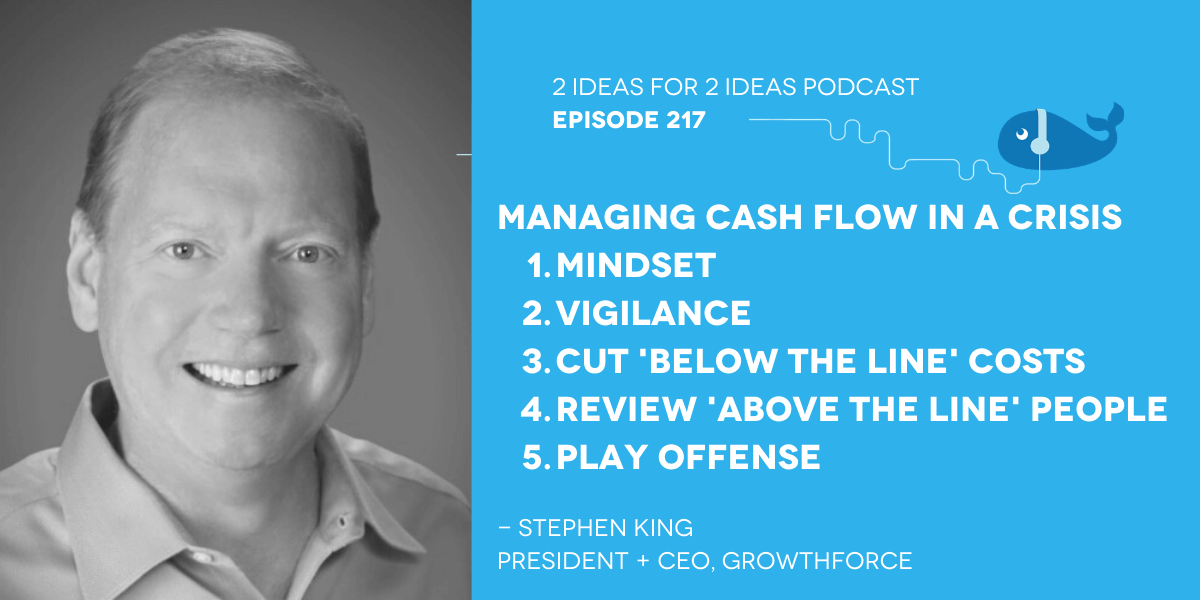 Kariesha Martinez interviews Stephen King, CEO and President of GrowthForce. They discuss how to manage cashflow in crisis with their 5-Step Framework.

Managing Cash Flow Through Times of Crisis – Having successfully navigated five recessions as an entrepreneur and fundraiser, Stephen knows how to read the numbers to make data-driven decisions – and this unique vantage point has helped him develop a framework for getting through a recession.

King is not your traditional CPA.
Stephen is President and CEO of GrowthForce, one of the nation’s largest
providers of outsourced bookkeeping and controller services. Regarded as
an industry thought leader by AICPA and CPA.com, his ability to visualize
the future of accounting has lead GrowthForce to become one of the
fastest-growing companies in America.

His experience at the forefront of technology development and accounting
system design spans nearly three decades. In 1995 he founded Virtual
Growth, the nation’s first cloud-based accounting service, and quickly grew
it into a market leader. After being acquired by Insperity, Stephen was
brought on as president of Insperity’s Financial Management Services
division, serving two years before leaving to build GrowthForce.
He also spent seven years working at Amnesty International USA—first
overseeing 300% growth as CFO, then raising over $20M a year as Director
of Development. Stephen’s time at Amnesty reinforced his life-long
commitment to giving back to the community. As a result, non-profits
represent 35% of GrowthForce clients.