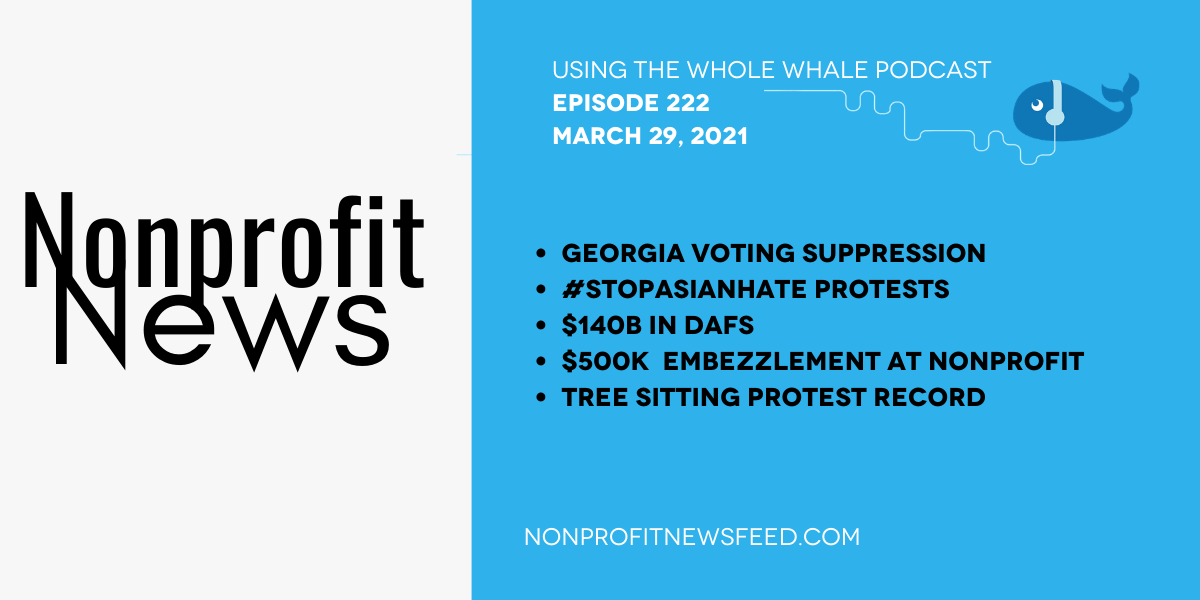 Last week, Georgia governor Brian Kemp signed into law a restrictive voting bill decried by voting rights advocates and the President alike as “Jim Crow in the 21st century.” The new legislation comes less than three months after Raphael Warnock was elected as the first black U.S. Senator from the state. A legal complaint filed by multiple voter activation and progressive advocacy groups says that the new law levies “unjustifiable burdens disproportionately on the State’s minority, young, poor, and disabled citizens.” The Brennan Center for Justice, which tracks restrictive voter laws, counts over 250 restrictive voter laws being pushed through state legislatures. Restrictions to voting could mean the difference between a federal government that prioritizes a fiscal stimulus the size of the American Rescue Plan and one that doesn’t.

A devastating surge in violence and hate crimes targeting Asian Americans and Pacific Islanders has led to a response from community organizations seeking to track and prevent anti-Asian violence. Coalition projects by groups like Asian Americans Advancing Justice and Stop AAPI Hate are working hard to respond to incidents of violence, hate, discrimination, bullying, and other forms of harrassment against the AAPI community. Dozens of rallies across the nation this weekend called for an end to anti-Asian hate, which has seen a surge since the beginning of the COVID-19 pandemic.