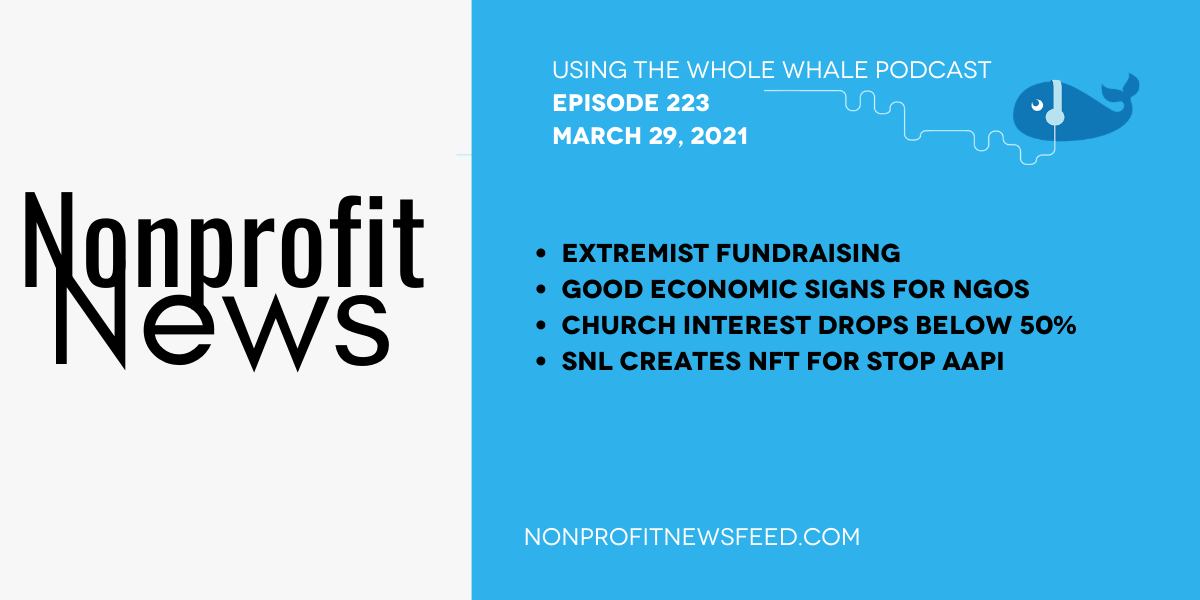 Positive economic predictors should be good news for nonprofits after a challenging year, according to experts. GPD, regional economic indicators, unemployment, government spending, and changes in the stock market are all indicators that might predict the fiscal health of nonprofits. While every nonprofit’s revenue stream and expenses are different, a growing economy might be a macro-level predictor of a less-grueling year for the nonprofit sector.

Increasingly, extremist and hate groups are fundraising through direct giving platforms. With a rise in the popularity of direct giving, extremists, Neo-Nazis, and other hate organizations are raising funds with increasingly minimal surveillance. “It’s so predictable, and it’s never going away,” said Megan Squire, a computer science professor at Elon University. A multitude of platforms, including new ones catering to participants of the January 6th U.S. Capitol riots, create an intractable problem that’s difficult to solve. How platforms respond to the direct exchange of money between bad actors should be on the radar of nonprofits seeking to steer clear of controversy and hate.