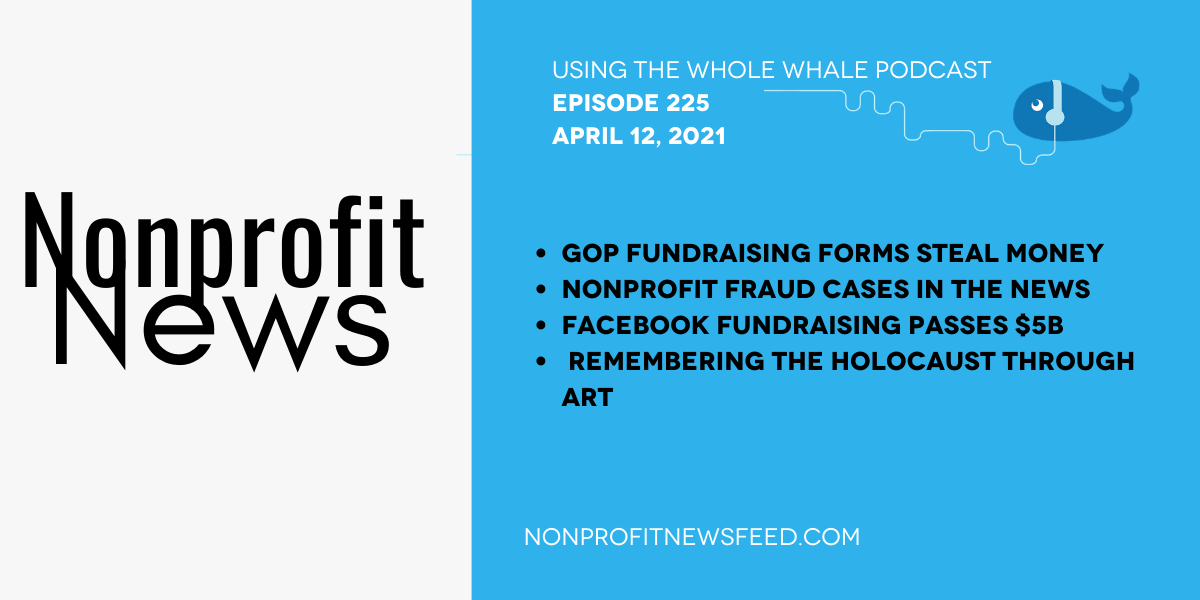 A recent New York Times article highlighted the potentially deceptive nature of fundraising forms hosted on the GOP’s WinRed donation platform, resulting in the Trump campaign having to issue nearly $122 million in refunds and causing a spike in fraud complaints to banks. These donation landing pages were criticized for aggressively pushing users to become recurring donors by automatically checking off a “Make this a monthly recurring donation” box (a practice not limited to GOP fundraising). The onus on the user to “opt-out” of a recurring donation is being criticized as unethical, especially as the forms became increasingly difficult to navigate as the election drew nearer. The blowback aimed at the campaign, from its own supporters no less, should give pause to any organization seeking to dupe its donors.

A lot of fraud among nonprofit employees and leaders has made the news this week: