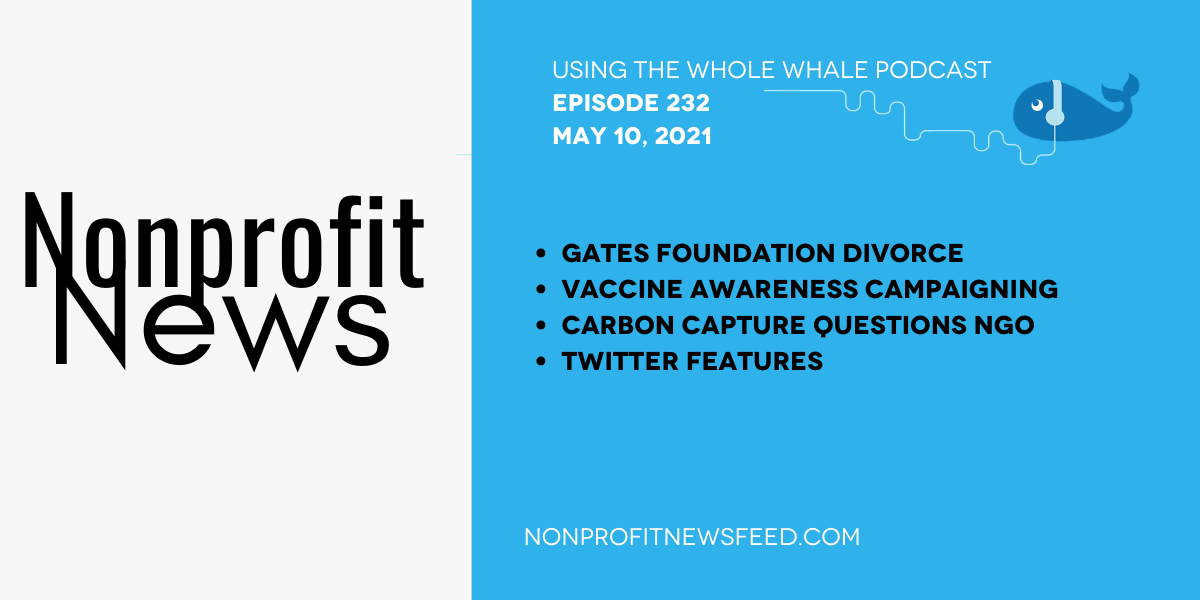 After 27 years of marriage, Bill and Melinda Gates have filed for divorce, rocking one of the largest philanthropic organizations in the process. The Gates Foundation, which began working with providing internet to libraries, now manages nearly $5 billion in annual grants and employs nearly 1,600 people, tackling problems all over the world. The organization has recently given nearly $1.6 billion to fight COVID-19 globally. The New York Times quotes Megan Tompkins-Stange, a public policy professor at the University of Michigan, who notes that “the foundation’s $50 billion endowment is in a charitable trust that is irrevocable” that “cannot be removed or divided up as a marital asset.” She says that while change may come, she doesn’t see this “as a big asteroid landing on the field of philanthropy as some of the hyperbole around this has indicated.”

Nonprofits & Foundations On The Front Lines Of Tackling Vaccine Hesitancy

The United States is more and more finding that decreasing demand, not limited supply, is limiting vaccine intake among the general population. Organizations such as the Ad Council, Kaiser Family Foundation and others are working hard to both understand what motivates vaccine hesitancy and then educate the public about vaccines and answer common questions about them. These organizations represent just a few of the nonprofit, philanthropic, and other public policy and health organizations working hard to educate the public at a critical juncture of the pandemic.