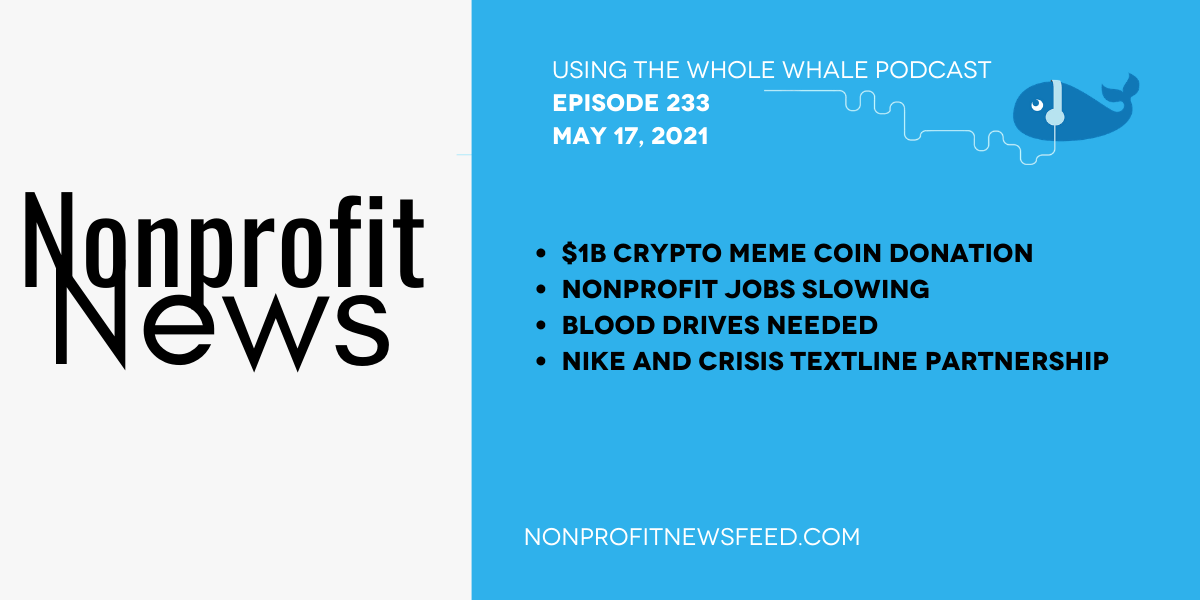 The founder of the cryptocurrency Ethereum, Vitalik Buterin, announced that he has donated approximately $1 billion in the meme coin Shiba Inu to nonprofit organizations battling COVID-19 in India. The announcement comes at an interesting moment as philanthropists are increasingly taking up cryptocurrency and disbursing the digital coins to nonprofits. While the volatility of cryptocurrency raises many questions about such donations, nonprofits should increasingly pay attention to this trend as cryptocurrency becomes more mainstream.

With the increase in jobs, the nonprofit sector has recovered half of total jobs lost because of the pandemic, according to a new report based on data from the Center for Civil Society Studies (CCSS) at Johns Hopkins University. In line with national job statistics, job growth slowed in April compared to March. While arts, entertainment, & recreation jobs grew 12%, education and health-care sectors lost a small percentage of jobs. Experts say it remains to be seen whether the slowed growth represents a broader trend or a mere “blip” on the monthly job totals.