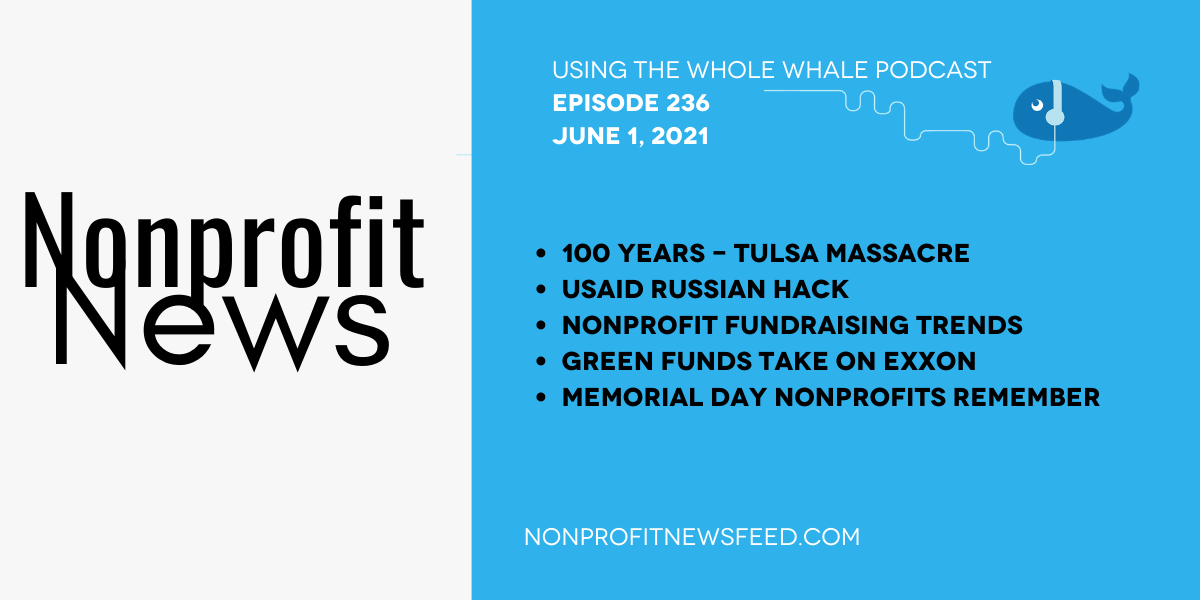 The Tulsa massacre, one of the most egregious examples of racial violence in American history, marks its 100th anniversary. After “Black Wall Street” was destroyed by mobs of white supremacists, efforts to bring justice are underway. The Oklahoma Archaeological Survey, associated with the University of Oklahoma, will begin work to find, identify and preserve victims’ remains. The nonprofit Centennial Commission is building a historic center to preserve the oft-overlooked history of the massacre, though the organization has drawn criticism for not providing reparations to victims directly. Events and programs marking the 100-year milestone include a visit to Tulsa by President Biden to meet with survivors.

Russia state-backed hackers are believed to have breached USAID’s external communication client, sending malicious emails to over 3,000 accounts from over 150 organizations, according to Microsoft Vice President Tom Burt. The attack appears to have targeted humanitarian organizations, human rights NGOs, think tanks, and civil society organizations. Burt notes that the attack, carried out by the same actor responsible for the high-profile SolarWinds breach, is yet “another example of how cyberattacks have become the tool of choice for a growing number of nation-states to accomplish a wide variety of political objectives.” This breach comes just weeks before President Biden is expected to meet with Russian President Vladimir Putin at a summit in Geneva.