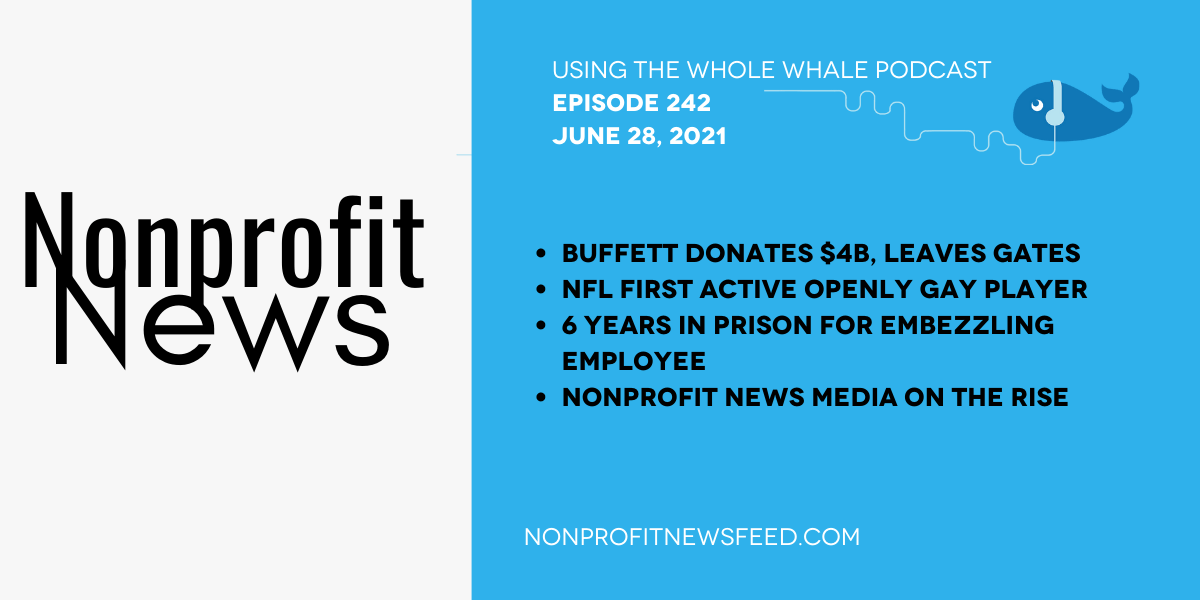 Warren Buffett Gives Away $4.1 Billion To Charity, Steps Down From Gates Foundation

Warren Buffett, one of the richest people in the world, has announced a donation of nearly $4.1 billion to charity. This donation comes on the heels of other massive philanthropic donations from wealthy individuals like MacKenzie Scott. Buffet has previously said he seeks to give nearly all his money away to philanthropic causes. Also last week it was announced that Warren Buffett would be stepping down from the board of the Gates Foundation, just weeks after the divorce of Bill and Melinda Gates.

Las Vegas Raiders defensive end Carl Nassib came out last week, making him the first active NFL football player to come out as gay. In the announcement video, Nassib states his intention to donate $100k to the Trevor Project, a nonprofit that provides crisis intervention and suicide prevention to LGBTQ+ youth.