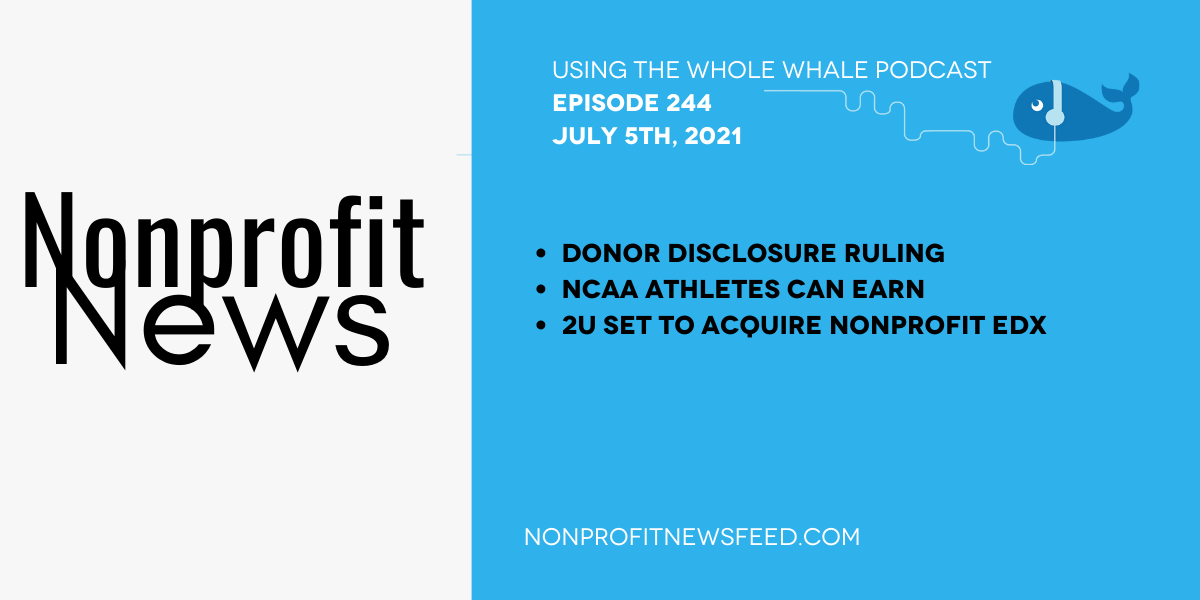 Last Thursday the Supreme Court of the United States ruled in a 6-3 ruling that California could no longer require nonprofits to submit donor information to the state. Advocates of the law say it adds donor and transparency to the finances of organizations that may serve as a vehicle for unscrupulous influence, while Americans for Prosperity (which brought the case) argues that such donations are a first amendment issue. This case, like the landmark Citizens United v FEC before it, could make the job of watchdog oversight over not only nonprofit contributions but political campaign contributions harder to monitor.

NCAA Allows Players To Profit Off of Name, Image, Likeness

A NCAA rule change, coupled with new state laws, has opened up the door for NCAA college-level athletes to profit off of their name, image, and likeness, in a reset that will likely reverberate throughout the college sports world. Private universities with NCAA programs are nearly all operated as tax-exempt nonprofit organizations, and this ruling represents the potential for a seismic shift in the way that such institutions relate to their student-athletes. The push for athletes to profit off of their name is not entirely separate from modern social justice issues and the reckoning on race that has accelerated in recent years. Nonprofit institutions, both big and small, should be attentive to cultural shifts and evolving norms that have the ability to change entire sectors of the nonprofit tax-exempt world.