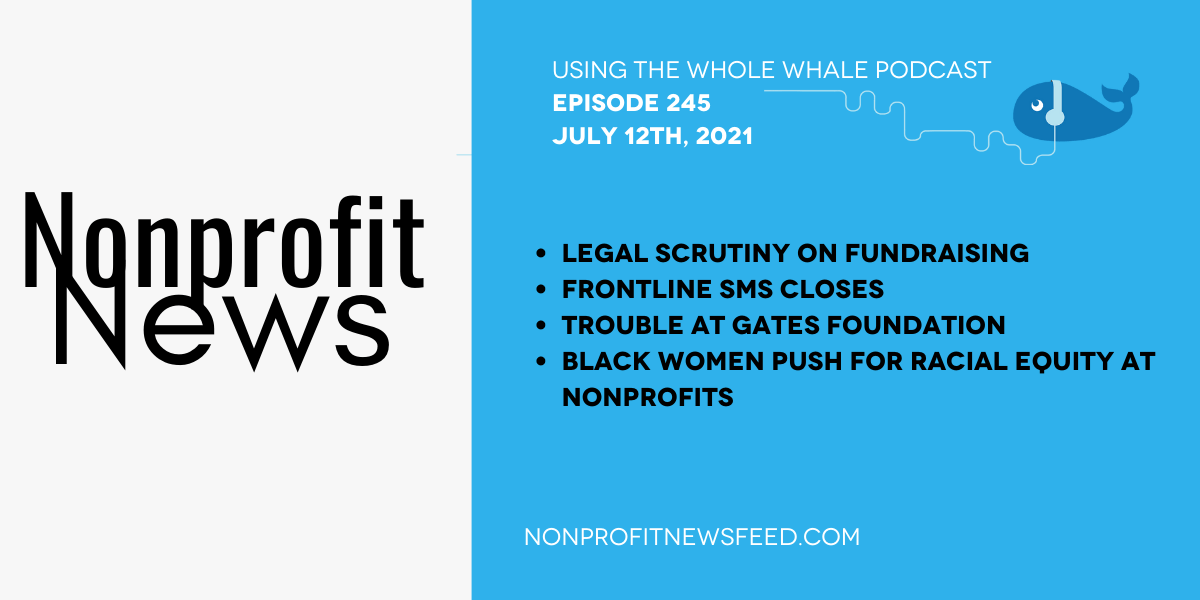 New scrutiny is being applied to the donation fundraising tactics of political fundraising platforms. After a New York Times expose highlighting potentially deceptive practices was released in April, fresh criticism has come in the form of an open inquiry being led by four democratic state attorneys general. The inquiry is into both the Republican platform WinRed and the Democratic platform ActBlue. Nonprofits, particularly those in the political and advocacy spaces, should watch this narrative closely as new rules may arise regarding how campaign-affiliated companies and organizations can procure online donations from the public.

The professional SMS messaging service FrontlineSMS has announced that it will be closing. The service, which provided users with a primarily free platform to communicate via SMS, will continue to be available as a free, fully open-source software on Windows, Mac, and Linux. In an open letter, FrontlineSMS CEO writes that “our products have been continuously used by community groups, service providers, and national governments alike, reaching tens of thousands of people a year. Over the last 15 years, we’ve supported users in 200 countries around the world with primarily free tools and support. We’ve been part of peer-reviewed academic studies, ground-breaking journalism, and the transformational change of life-saving systems – both as subject and as service provider.”