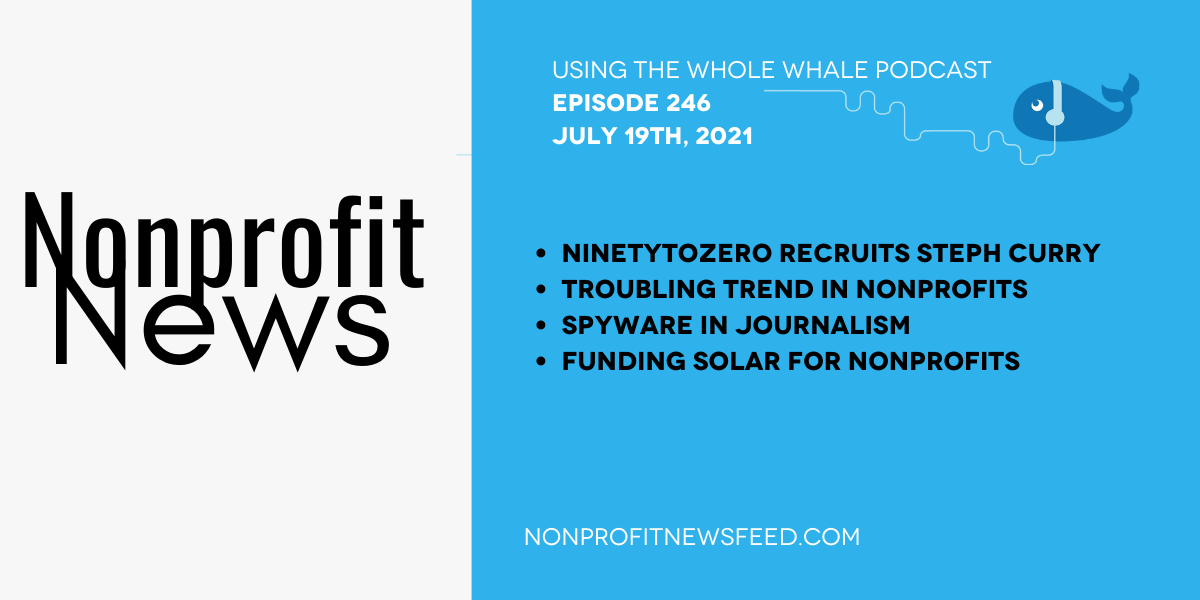 Between April of 2020 and March of 2021, 186 nonprofits stopped operations, according to data from the state of Minnesota. Hundreds of other nonprofits are believed to have downsized operations dramatically, indicating a substantial trend. Health, arts, and religious organizations were hurt most substantially. While this data only reflects nonprofits within Minnesota, Candid estimates that nearly one-third of nonprofits are in danger of closing within the next two years nationally. Coupled with record giving in 2020, this broad trend is indicative of an industry that’s slowly consolidating, as funding and resources increasingly flow to larger organizations at the expense of smaller organizations.

NBA superstar Steph Curry has partnered up with the nonprofit project NinetyToZero, which seeks to bridge the vast racial wealth divide within American society. The new organization, incubated by the Robinhood Foundation in partnership with Goldman Sachs and Starbucks, took its name from the reported disparity of wealth in America, particularly that white Americans hold approximately 90% more wealth than black Americans. With additional support from the ACLU and prominent figures in the social philanthropy world, the estimated economic benefit of closing the racial wealth gap in America is $1.5 trillion over the next decade.