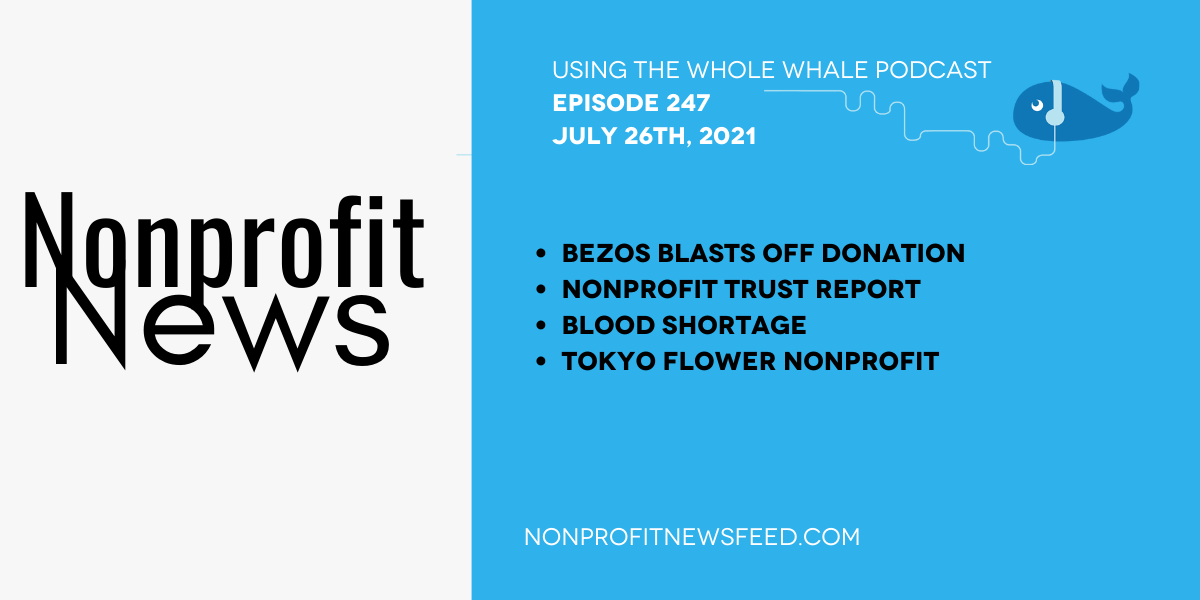 Jeff Bezos, Amazon founder and the world’s wealthiest human, has announced a $200 million donation to the activist Van Jones and humanitarian chef José Andrés. The money, with no strings attached, was part of Bezos’ new “Courage and Civility Award.” Bezos announced the award shortly after returning to earth from a ride to space via his aerospace company Blue Origin’s spaceship.

The report, published by Independent Sector, finds that trust in institutions overall is declining across America, and that nonprofits and philanthropic organizations are not immune from this trend. While overall trust remains high, residents with lower income, lower education levels, and those who live in rural communities contributed to the downward tick in trust. Gen Z also exhibited decrease metrics when it comes to these institutions. How the public perceives nonprofits and philanthropic organizations broadly needs to be at the forefront of conversations around nonprofit development, fundraising, communication, and marketing.