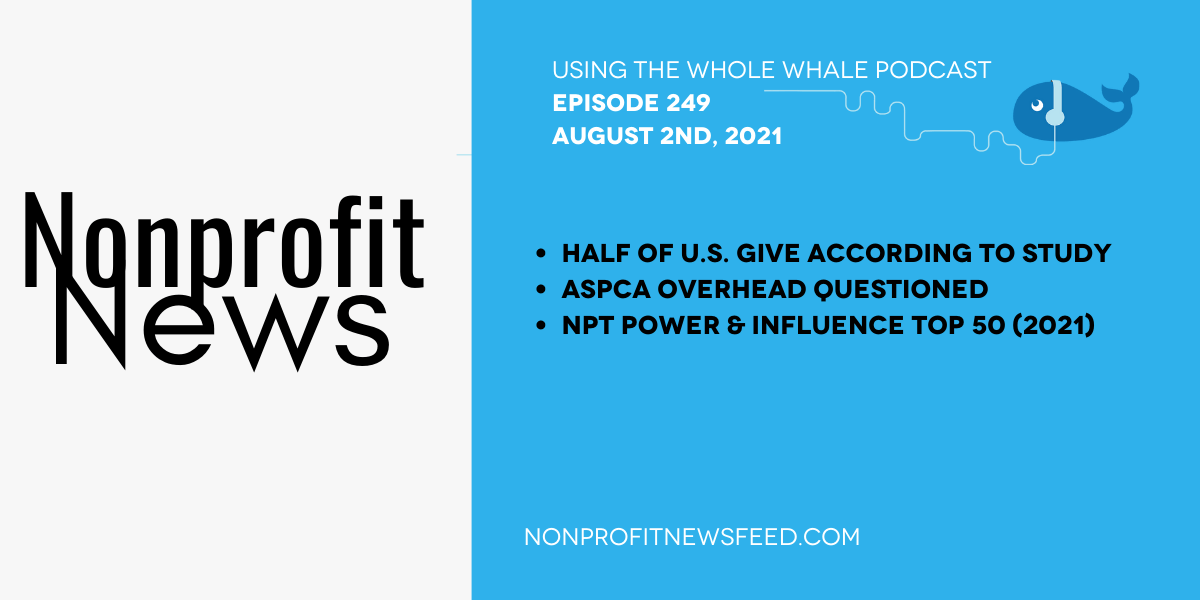 The ASCPA, known as one of the largest and most publicly visible animal welfare nonprofits within the United States, is facing criticism highlighted in this CBS News spot over how it spends its donations. According to the report, only 47% of all donations go towards programs that directly help animals, while the rest goes to “public education,” “fundraising,” and “management.” The ASPCA gained notoriety for its heartbreaking TV commercials of animals in need, but according to some perspectives, these advertisements don’t tell the full picture of how that money is being spent. Of the 2 billion raised since 2008, the ASPCA gave only 7% of the total raised to local SPCA affiliated local groups, while a much larger percentage goes to national fundraising campaigns.

New Report Shows Less Than Half of U.S. Households Donate To Charity

In a report from the Indiana University Lilly Family School of Philanthropy, for the first time, less than half of U.S. households gave money to charity, as reported by The Times Leader. While the report’s data is only as recent as 2018, it shows that the trend is downward in terms of the percentage of Americans who are donating. Coupled with record-level giving in 2020, the picture created by these studies is that philanthropic and charitable giving is consolidating, that is, being initiated by a more select group of people.