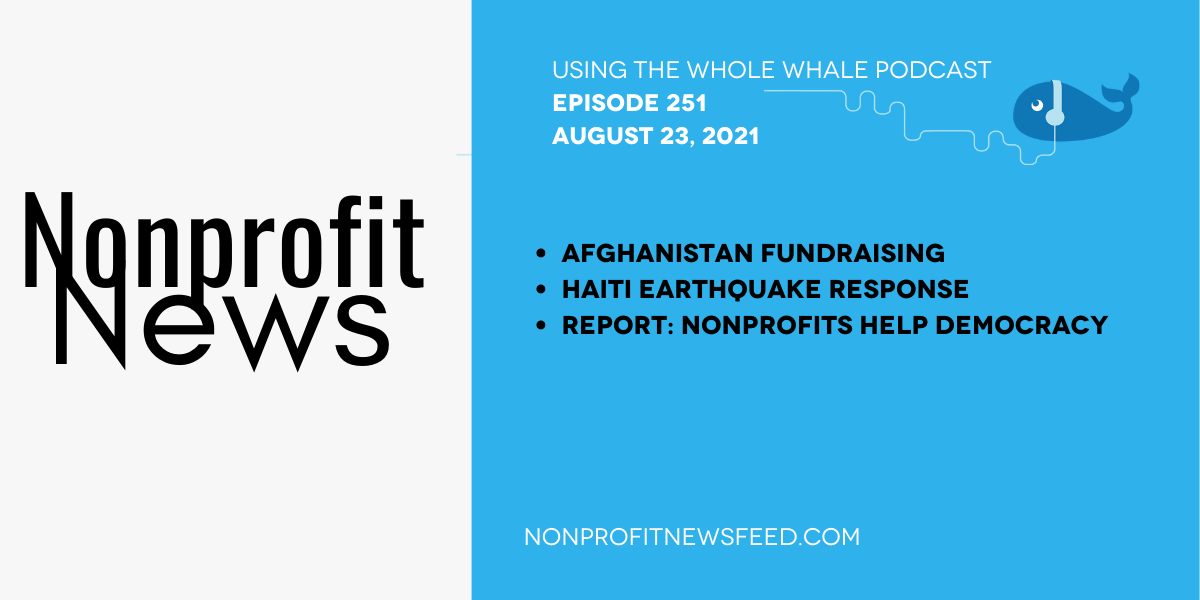 A GoFundMe hosted by an “Instagram personality” has generated well over $5 million in funds in an effort to support the airlift of vulnerable people attempting to flee Afghanistan. Only one problem — organizing an evacuation from a war zone isn’t exactly easy. The funds are slated to go to a group called Raven Advisory, which has a history of providing security support in Afghanistan. According to a spokesperson,  “The funds raised are being used to engage trusted aircraft, crews, and security operations teams. The focus will remain on extracting as many people as possible as quickly and as safely as possible.” Additional unspent funds are said to go to the nonprofit International Women’s Media Foundation. However, some experts are more pessimistic, asserting that any efforts will run smack into the U.S. Immigration system. The labyrinthine process of obtaining a visa (necessary for U.S. entry) might be one logistical hurdle too many. Nonprofits should consider that while the exact logistics of a grassroots mission of this complexity might be unrealistic, the mounting public pressure spurred by such viral fundraisers have intrinsic value as an expression of a desire among Americans to protect Afghans.

A new report by the organization Nonprofit Vote, as reported by Business Insider, shows that nonprofits have real staying power when it comes to helping get out the vote, especially in traditionally underserved or underrepresented communities. The group, analyzing organizations within their consortium, found that nonprofits helped more than 600,000 people vote. They also found that “underrepresented communities, including people of color, low-income earners, and those without college educations, saw the biggest increases in turnout when engaged by nonprofits.” It should be no surprise that local nonprofits are better equipped to move the needle in historically underrepresented communities, but the data show that they can do so with rigor. Nonprofits shouldn’t underestimate their power to help the communities they serve to elevate the voices of their beneficiaries.