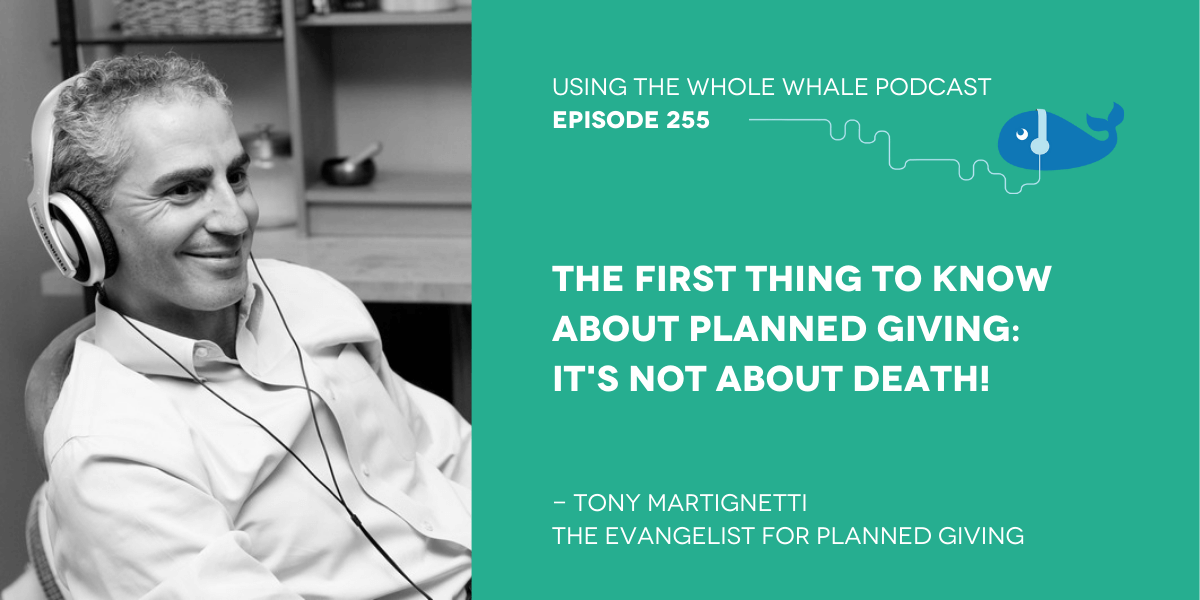 Planned giving can be difficult for nonprofits to incorporate into their giving strategy but it shouldn’t be according to our guest Tony Martignetti. Tony, the evangelist for Planned Giving, shares how and why nonprofits that are over 5 years old should be adopting this fundraising strategy.

He’s also the aptly-named host of Tony Martignetti Nonprofit Radio, the #1 podcast for nonprofits, with 13,000+ weekly listeners in small- and mid-size orgs. It’s Big Nonprofit Ideas for the Other 95%. It’s at tonymartignetti.com