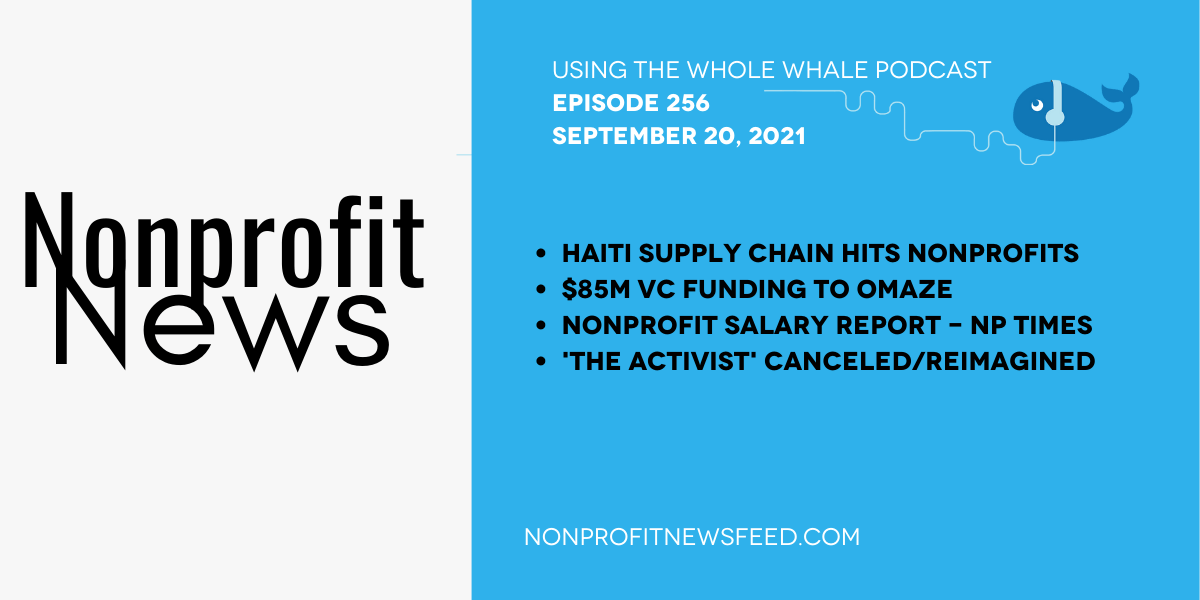 The New York Times reports that many nonprofit organizations and international NGOs are facing severe shortages of goods, disrupting their charitable operations. The global supply chain issues, largely attributed to the pandemic, have caused headaches for groups like the Haitian American Caucus, which provides the shoes at low cost to sellers in Haiti. “That pair of shoes represents so much more,” says executive director Samuel Darguin. “It represents a mother being able to send a kid to school, being able to afford health care and feed her family maybe two meals a day instead of one.” In the United States, nonprofit Soles4Souls, which also supplies the Haitian American Caucus with shoes, was forced to cut back its program to distribute shoes to homeless children in America.

The lottery and sweepstakes fundraising platform Omaze has announced that it has raised over $85 million in Series C venture capital funding, according to this report from Axios. In addition to funding from traditional investors, celebrities Bono, Kerry Washington, and Tom Brady are also named as investors. According to Omzae CEO Matt Pohlson, “90% of a participating charity’s donors via Omaze haven’t donated to that organization before.”