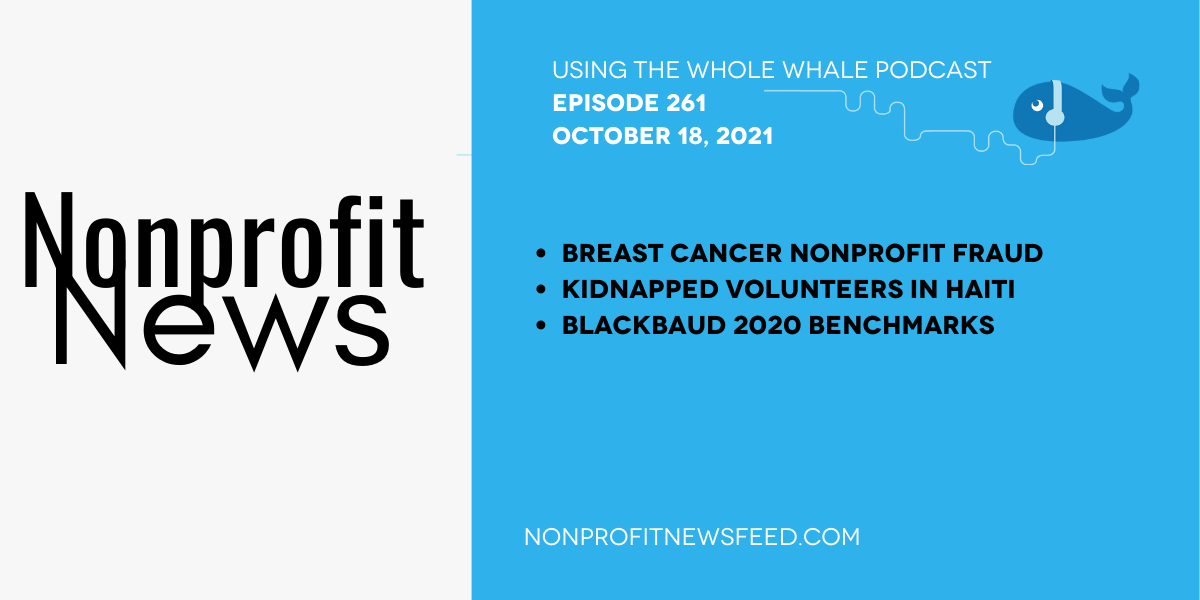 In an investigative report done by OpenSecrets and The Daily Beast, the nonprofit The American Breast Cancer Coalition appears to be a “scheme to extract millions of dollars in donations, mostly from small donors.” Since the organization was launched two years ago it has brought in nearly $3.5 million, most of which gets kicked back to a telemarketing company that was fined $56 million last year for fraud. The group is not a 501(c)3 but is instead registered as a special type of PAC, which allows it to skirt the usual legal and financial transparency requirements. This particular case represents a broader trend of sketchy political groups masquerading as honest charities, according to the report. The FBI has a handy list of tips for avoiding charity scams during the holidays.

16 American missionaries and one Canadian were kidnapped in Haiti over the weekend, according to reports. The kidnapped included 5 children. The missionaries, associated with Christian Aid Ministries, were working as aid workers in the region when they were kidnapped by a large, heavily armed gang. The threat of violence to not only foreign aid workers but Haitians themselves indicates the fragility of a country continuously teetering on the brink of collapse following the assassination of its President and a deadly earthquake earlier this year. This story highlights the immense danger and complexity faced by aid organizations operating “in the field,” particularly those working in underdeveloped countries in response to conflict, disaster, and other humanitarian catastrophes.