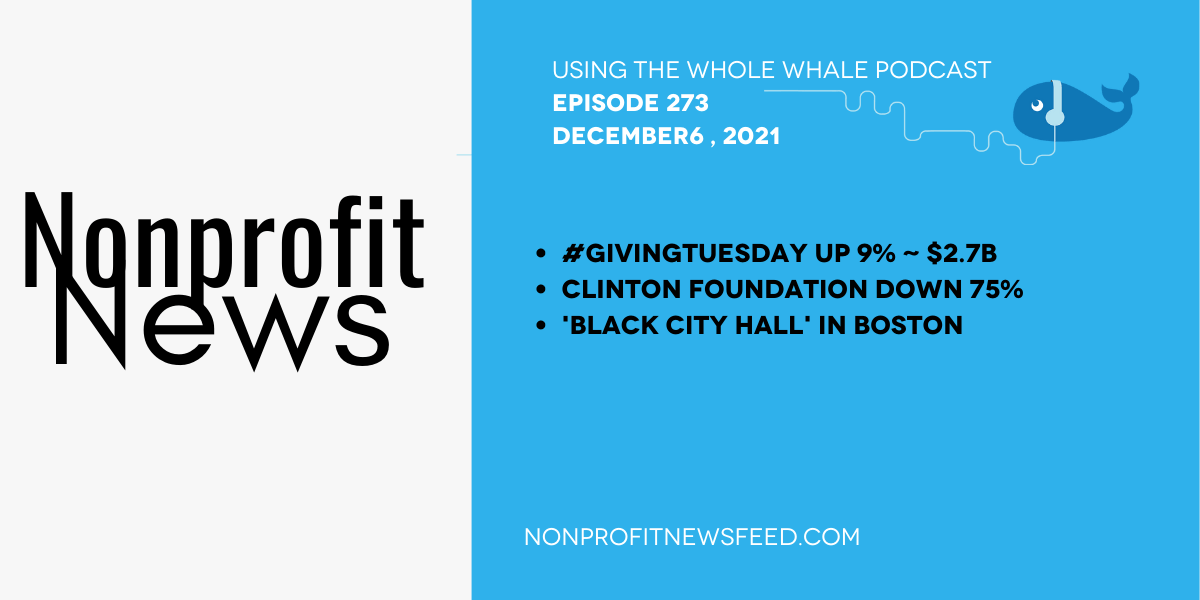 Nonprofit news for the week of December 6th, 2021

The Clinton Foundation, an international-facing organization focused on numerous programs like international sustainability and leadership development, saw a decrease in charitable donations of nearly 75% since its peak during Hillary Clinton’s presidential run. While the organization says it was able to fully fund programs by tapping into its significant endowment, the foundation says it was hurt by the inability to host in-person fundraising events. More broadly, the organization is experiencing a financial trough as the celebrity politicians who founded it continues to recede from the public arena.