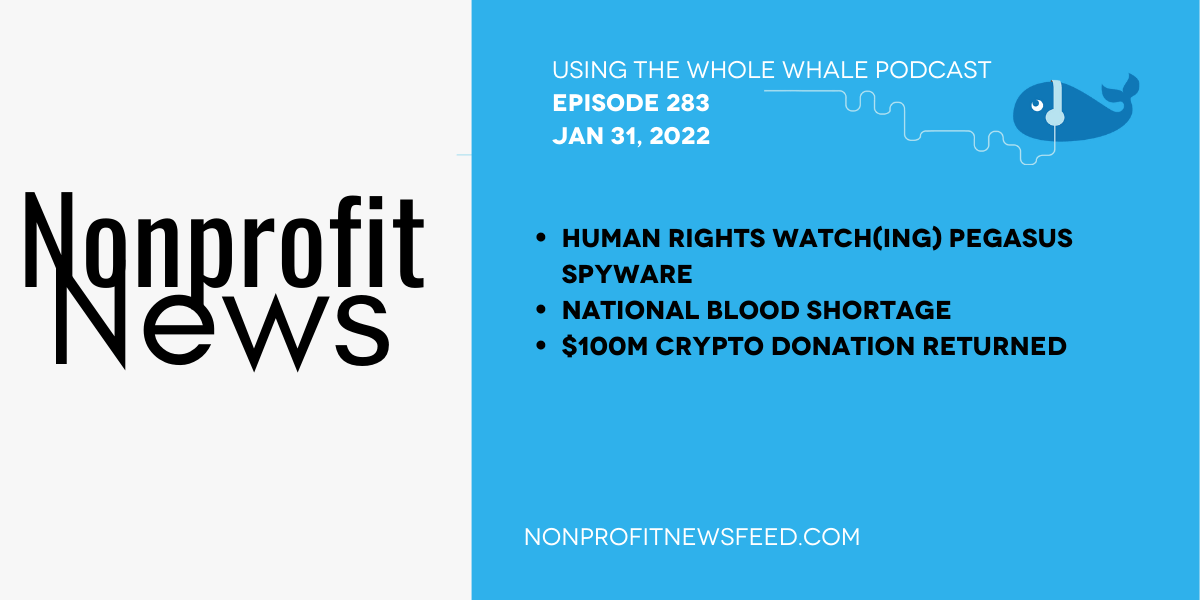 In a detailed post released last week by Human Rights Watch, the global advocacy organization details the exact ways that its Crisis and Conflict director was targetted by the Pegasus spyware “five times between April and August 2021.” The breach was “peer reviewed” by Amnesty International’s Security Lab, where it was determined that hackers had used a “zero-click exploit,” which means that no action has to be taken by the victim to initiate the breach. The sofwtare, made by the company NSO Group, has been purchased by multiple governments. Reporting by the New York Times uncovered that the FBI had purchased the software before deciding not to use it.

Arizonans are working hard to organize blood drives, amid a national blood donation crisis. The American Red Cross estimates that a 62% drop in college and high school blood drives are partially able to explain the national shortage. According to the report, many hospitals in Tucson have had to cancel elective surguries as the state sees a two-year low in blood donations. Learn more about donating blood from the American Red Cross.