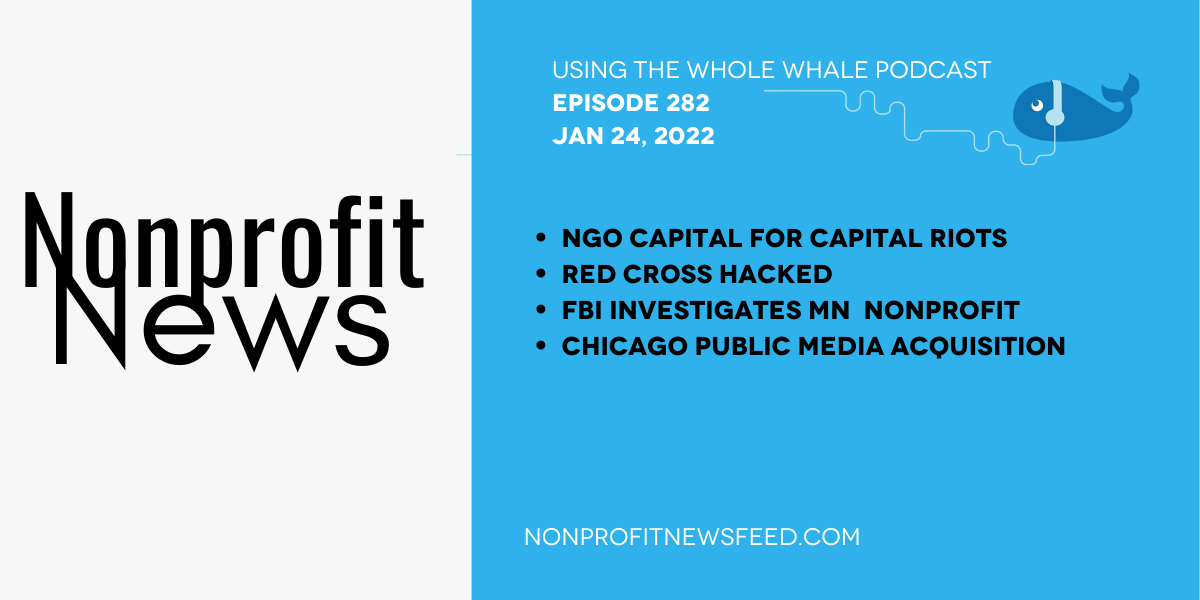 Experts see lots to worry about with the far-right endorsed Patriot Freedom Fund, a registered nonprofit organization fundraising money to support people charged with crimes involving the events of January 6th, 2021. As reported by NPR, the fund, led by an avid supporter of the U.S. Capitol rioters, and backed by far-right nationalists (chiefly Steve Bannon) , is sourcing donations using cryptocurrency. However, many nonprofit experts and even backers themselves are upset with the lack of transparency, lack of independent oversight, and potential failure to meet legal requirements. Laurie Styron, chief executive of rating organization CharityWatch, said the fund would undoubtedly receive a failing grade.

As reported by The NonProfit Times, the International Committee of the Red Cross and Red Crescent Movements have been targeted by hackers in what amounts to a significant data breach. Nearly 515,000 clients have had data stolen, according to organization communications. Those clients were part of the effort to help “people separated by migration, violence, war and other causes,” according to The NonProfit Times.