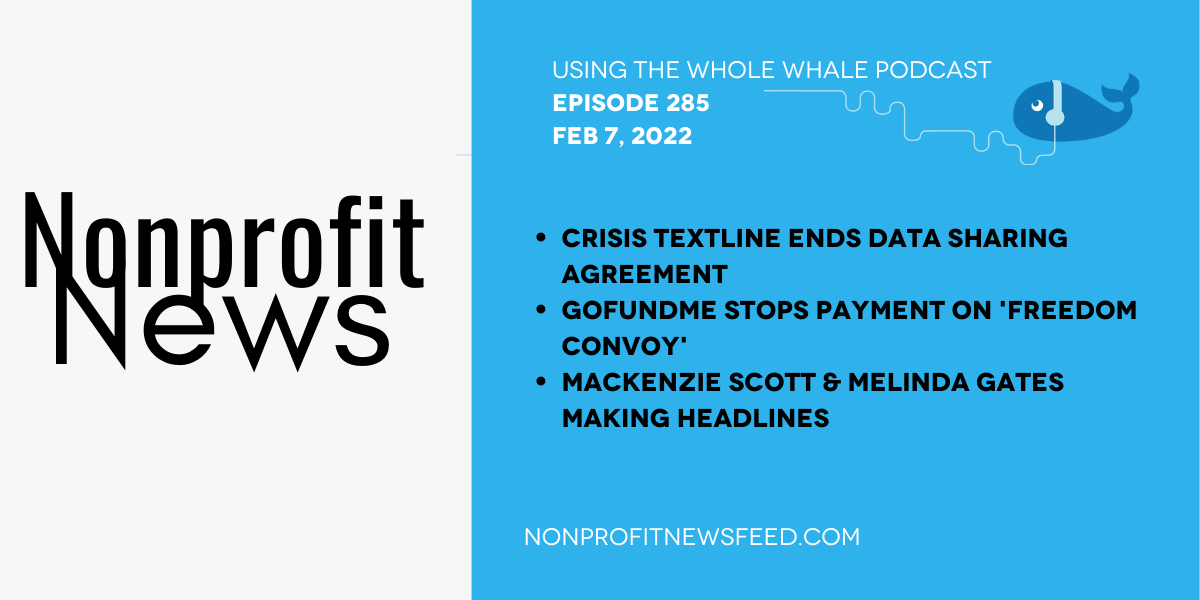 As reported by Politico and other outlets, Crisis Text Line has ended its data sharing relationship with for-profit spin-off organization Loris.ai, which uses data to inform customer service software. Crisis Text Line, which uses a text-based approach to provide crisis support to those contemplating self-harm or suicide, stated that while “the data is handled securely, anonymized and scrubbed of personally identifiable information,” “we have ended our data-sharing relationship with Loris.” The change came amid criticism from privacy experts and lawmakers including Sen. Kirsten Gillibrand (D-N.Y.). Crisis Text Line is a former client of Whole Whale, the publisher of this newsletter.

As anti-Vaccine mandate protests led by truckers have forced Ottowa to declare a state of emergency, GoFundMe finds itself at the center of a complicated dispute over individual contributions to the protest movement. As reported by the Washington Post, the fundraiser for the convey had generated over $8 million in funds, of which $1 million had been distributed. After determining with local police that “previously peaceful demonstration has become an occupation,” the company announced they would no longer distribute the remaining funds. The move drew ire from conservative lawmakers on both sides of the border and raises complicated questions about the role of decentralized fundraising with regards to disruptive protest movements.