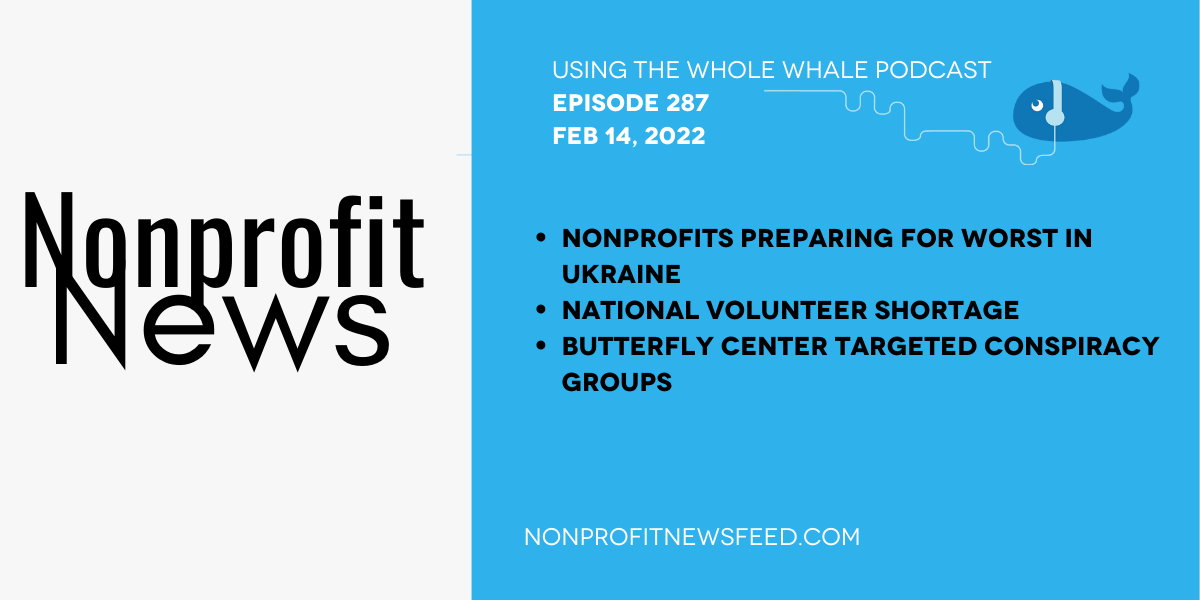 Weekly news for the nonprofit sector.

As the situation in Ukraine deteriorates, the nonprofit organization Project Dynamo has announced it is preparing for the potential emergency evacuation of Americans from Ukraine. The organization, initially formed to aid in the evacuation from Afghanistan, is just one of many civil society and NGO organization focused on preparing for the fallout of a potential war. The Russian military has approximately 140,000 troops surrounding Ukraine on all but its western border. On Friday, the U.S. government advised all American citizens to leave the country within 48 hours. While official intelligence publicly referenced by the U.S. notes that an invasion is not certain, that intelligence has assessed that Russian President Vladimir Putin has assembled the necessary military force to launch an attack should he chose to do so.

Greg Baldwin, CEO and President of VolunteerMatch, says that the number of open nonprofit volunteer opening positions needed has increased to approximately 10.5 million at the beginning of 2022. This represents a jump of nearly 2 million open positions since before the pandemic, which saw a need for 8.5 million volunteers. Macro trends related to the shifting impact of the pandemic have resulted in a shortage of volunteers felt by nonprofits large and small across the country. Baldwin joins Whole Whale (the publisher of this newsletter) CEO George Weiner to discuss this volunteer shortage as well as VolunteerMatch’s process for finding a replacement CEO after his scheduled departure.