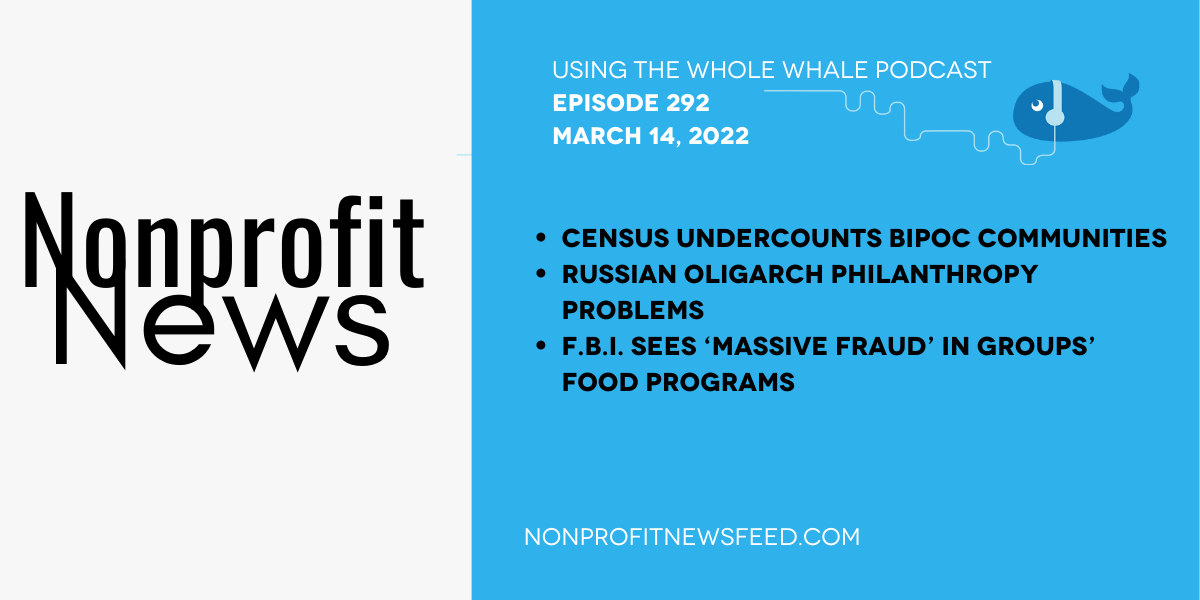 According to reporting from The New York Times, the 2020 United States census undercounted hard-to-reach communities and disproportionately undercounted Hispanic, Black, and Indigenous Americans. The count was affected not only by the logistical hurdle of counting during the height of the pandemic but also due to attempted political interference by the Trump administration. While experts note that “historically, undercounted populations that are harder to reach through surveys, phone calls and door-to-door canvassing, including Native Americans on reservations, poor urban communities and undocumented immigrants,” the undercount could still affect the political clout of traditionally underserved communities.

An analysis conducted by the Washington Post shows that Russian oligarchs (loosely referring to Russia’s wealthiest elite, who are often accused of corruption and criminality) have given millions to U.S.-based philanthropic organizations. Wealthy oligarchs close to the Russian government have given millions to organizations like The Guggenheim Museum, MIT, The Kennedy Center, The Clinton Foundation, and the Museum of Modern Art. International sanctions have centered many organizations in the complicated narrative about how to crack down on Russian financial influence in the West.