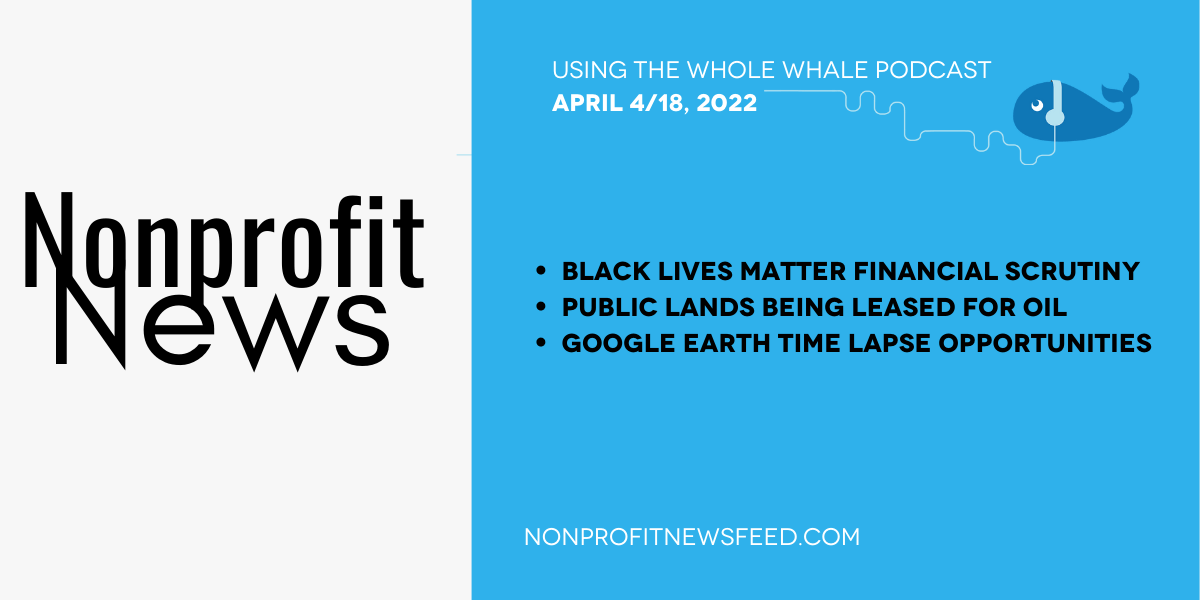 Questions have arisen over how the Black Lives Matter Global Network Foundation (BLMGNF) has spent and reported on charitable contributions, as reported by New York magazine. The organization, which serves as an umbrella organization for some local BLM organizations (though not all organizations with BLM in their name) faces criticism for the purchase of a $6 million dollar home in California, as well as the appearance of lack of transparency stemming not submitting a form 990, as required by their tax exempt status granted in 2020. While right-wing and far-right news outlets are seizing on this story as an angle of political attack, Candid co-founder and former CEO of GuideStar Jacob Harold is quoted as responding to the reporting as a “very legitimate critique.”

In a reversal of a previous Biden administration moratorium, the Interior Department is opening up 144,000 acres of onshore land to new leases for oil drilling, as reported by Mother Jones. While the announcement comes as bad news to environmentalists, surging oil and gas prices have put the Biden administration between a rock and a hard place as supply chain issues and disruptions stemming from the Russia <> Ukraine war have continued to increase prices globally. The Interior Department has responded by saying that the new leases only open up 20% of what the oil industry asked for, and the royalties that the oil companies will have to pay the government will go up from 12.5 percent to 18.75 percent, the first increase in a century.