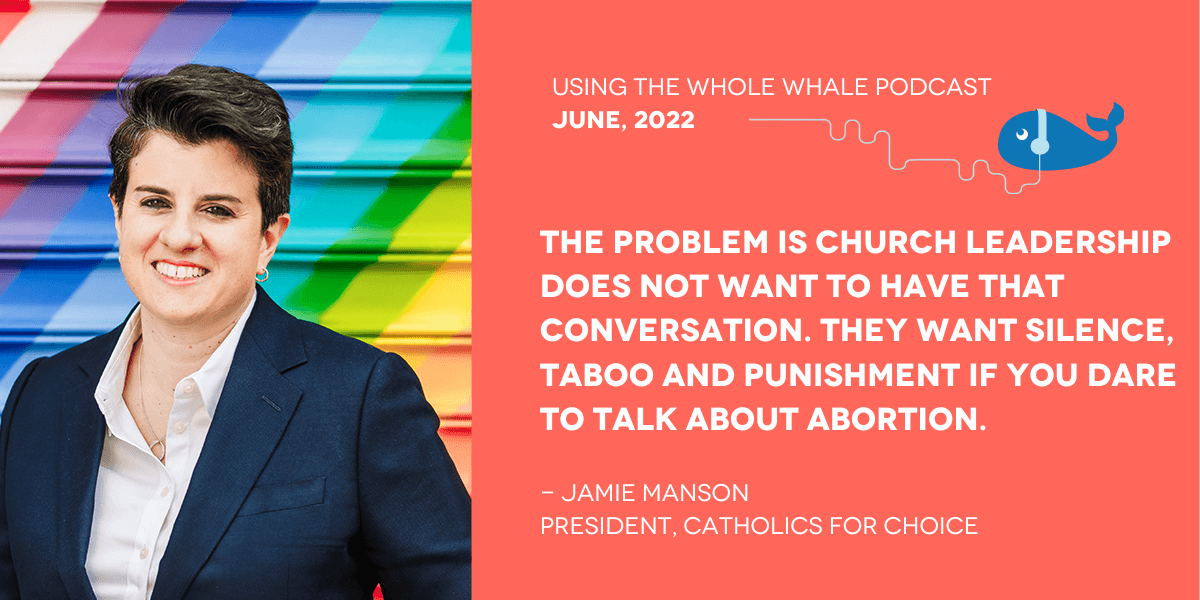 Jamie Manson, President of Catholics for Choice joins host George Weiner for a conversation about what the future of their work looks like in the reality of a post Roe v. Wade world. Jamie shares how rogue bishops in the church are actually speaking in direct contrast to the way a majority of Catholics in America feel about the right to choice according to Pew Research (https://www.pewresearch.org/fact-tank/2020/10/20/8-key-findings-about-catholics-and-abortion/).

Jamie also shares how she is keeping her team motivated and healthy in a once-in-a-generation moment at the organization when the stakes have never been higher.

Jamie Manson is President of Catholics for Choice. For over fifteen years she has been a thought leader and advocate in the field of women’s equality and reproductive rights in the Catholic Church and the public square. For 12 years, she was a columnist at the National Catholic Reporter where she was one of the few openly LGBTQ journalists in the Catholic media in the world. She was an often-solitary voice for reproductive freedom and justice and was one of the first to sound the alarm about the right-wing push for religious freedom.

Jamie’s expertise in Catholicism and sexual ethics was first formed during her studies at Yale with her mentor, Margaret Farley. She edited and wrote the introduction to Changing the Questions: Explorations in Christian Ethics, a collection of writings by Margaret Farley (Orbis Books, 2015). Jamie has published op-eds in the New York Times, NBC Think, Ms. Magazine, and Rewire and has been featured in dozens of media outlets, including NPR, the LA Times, and CNN. She is the recipient of the Sr. Theresa Kane Woman of Vision and Courage Award.