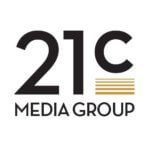 In M+R’s 2017 Benchmarks Study, cultural nonprofits emerged as the MVP in several areas. Email list size growth was more than double the overall nonprofit average (21% compared to 10%). Website visitor signup rates were simiarly higher than average — 2.7% for cultural nonprofits versus the overall average of 1.1%. This sector also had the largest Twitter and Instagram audiences relative to email list size.

With the arts making up a sizable portion of the nonprofit sphere, we sat down with 21C Media Group, a leading public relations, digital, and consulting firm specializing in the performing arts world whose roster of digital clients includes Plácido Domingo, Joshua Bell, and Yo-Yo Ma and on the institutional side they work with such nonprofit organizations as the Los Angeles Opera, Opera Philadelphia, and Music Academy of the West. (Also, the YouTube Symphony Orchestra? They had a hand in that.) One big question on our minds: How do you make classical music and the performing arts relevant in the digital age?

We pose the question Sean Michael Gross, 21C’s Executive Vice President and Chief Strategy Officer, who has been with the company since 2007 and founded 21C’s digital division in 2009. Fun fact: Sean was Account Strategist Whaler Olivia Marlowe-Giovetti‘s boss at 21C before she joined Whole Whale in 2017 (hashtag-battleofthebosses?).