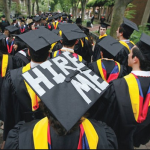 College graduation is over and recent graduates are frantically seeking employment so they can move out of their parent’s basement. It is also a time when The National Association of Colleges and Employers is reporting that employers anticipated hiring 5.2% more new college graduates in 2016 than they did in 2015. A number that’s down from a 11% hiring increase they originally projected in the fall of 2015.
Once again it is a difficult time to be a Millennial in the job market so we thought we would share 5 thoughts on this generation for this generation.

The half-life of technical knowledge is 6 months. Facebook, Twitter, LinkedIn, Pinterest, cloud sharing and the next network you haven’t heard of are all changing their rules and how they change the rules of business. Millennials are acutely aware of what happens when you put your head in the sand on new technology, which is why continued learning experience is sought after.
In a landscape where the only constant is change – the only rational strategy is to prioritize learning. Millennials will choose jobs and roles based on the opportunity to learn and focus on growing their professional experience. Learning must continue after college and finding Millennials that understand this is a great indicator that they will grow within the company.
Learning doesn't stop after school ends Click To Tweet

3. Job hopping is the norm 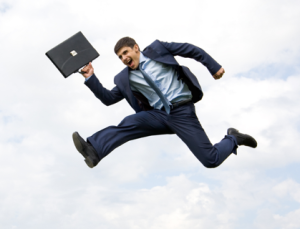 According to a study conducted by LinkedIn, Millennials expect to change jobs roughly 4 times before they are 32. The loyalty that Baby Boomers had toward their employers no longer exists for this generation. Also, in the same way that people are continuously upgrading their phones, employers are constantly looking to make upgrades through hiring savvy young tech wiz out of colleges. And, oh yes, nearly a third of 25-32 year olds hold bachelor’s degree, so you can expect some competition.
If you’re looking to succeed in today’s job climate, always be one step ahead of your competitors. Try to anticipate what new skills might become of value, and attempt to learn them. Employers know that certain skills and technology become obsolete fairly quickly these days, so what they’re looking for is someone who can adapt and evolve with the times. What is prized is someone that is flexible and has a diverse array of skills and interests.

Millennials are in debt, underemployed, and will be changing jobs. The average Millennial graduates with $37,172 in debt with underemployment rates at 13.7%. There is a lot of rejection looking for the dream job, research from the Washington Center for Equitable Growth shows that more college graduates are accepting low or minimum wage jobs, signaling a lot of job compromise. Early in a career it is crucial to prioritize meaningful work experience that leads toward the ultimate dream job. 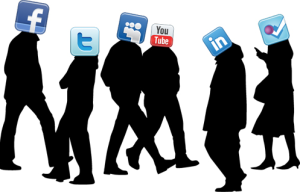 Whether it is choosing a restaurant (Yelp.com), a movie (rottentomatoes.com), a job (LinkedIn.com, Glassdoor.com), or a charity to support (http://www.kickstarter.com/) – the most powerful recommendation is human powered. Though everything can be found with a search and validated by data, the most influential aspect is and will continue to be a friend’s referral.
A graduate degree provided three assets: Knowledge, Network, and Knighthood (college paper degree). Graduates must connect with their networks on LinkedIn and not be afraid to ask for introductions to potential employers. Remember, every current graduate is less than six degrees of separation from Kevin Bacon, and their dream job’s employer.