It’s never just about the brand legacy or name value. The most popular nonprofits on social media get that badge of honor because they know how to adapt their message to the medium, versus expecting the medium to shift to their message.
We’re taking a look at 5 of the most popular nonprofits on social media (UNICEF, World Wildlife Fund, Human Rights Watch, Museum of Modern Art, and Planned Parenthood). But beyond their follower counts, we’re looking at the takeaways that drive their success. Here are 11 reasons they became so popular; read on for full examples:

While there are also many country-specific UNICEF accounts to follow, the main organization caters to an international audience using videos that engage, with striking visuals and a low amount of dialogue (great if you have a multilingual audience).

Of course, UNICEF has a few advantages: It’s one of the most recognizable nonprofit names, it has incredible visual assets, and it works within a popular cause area: Giving every child a fair chance in life. But that doesn’t guarantee high followers and engagement. One of the main takeaways from UNICEF’s strategy is to show, don’t tell. It’s one thing to share the message that every child deserves a safe route to school; it’s another to illustrate this with an image. 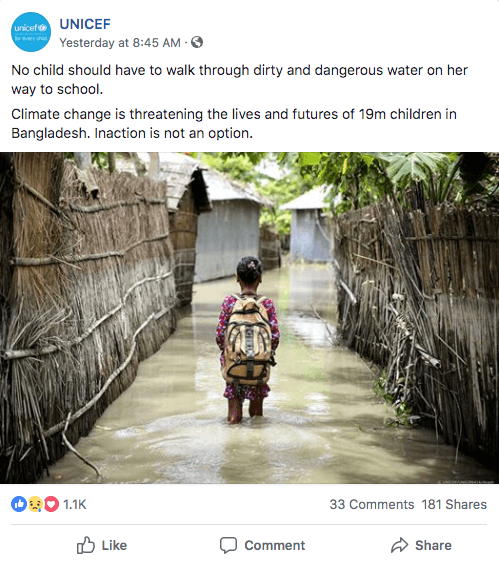 Even if you don’t have a UNICEF-level budget for a photographer, you can make fantastic graphic assets for your cause to share on social media using Canva for nonprofits.

Nonprofits on Facebook also highlights a 2015 UNICEF campaign that relied on paid advertising to drive reach and engagement among millennials focusing on UNICEF’s work in conflict zones. The paid reach of 15 million users (and 6 million paid video views) was paired with an organic reach of 17.6 million users and 5 million video views, spread across almost 50 countries. The scope of this campaign suggests that UNICEF made smart use of its demographics on the platform, focusing on millennials versus older generations. Their agility with targeting and optimization helped these numbers, and enabled UNICEF to focus on audiences in United States, Mexico, Vietnam, the Philippines, and Turkey.

Again, WWF has the fortune of working in the cause vertical of animal protection and conservation — a hot-button topic in the larger dialogue of climate change and a visual win with images of pandas, polar bears, and sea turtles. But is that enough to see a true return on investment in social media?
No.
Fortunately, they’re smart enough to know that.

Lesson #3: Make Sure the Medium Fits the Message

World Wildlife Fund knows that a highly-shared post or viral hashtag isn’t enough to measure change, and just because someone likes your post doesn’t mean they’re going to immediately donate to your cause. WWF did something unexpected with its 2015-2016 campaign, #LastSelfie: They ran a fundraiser via Snapchat. The ephemeral nature of Snapchat doesn’t seem like a great choice for an action that takes some time to complete. So WWF built a supporting metric into the campaign: They encouraged users to screenshot their Snapchat posts before they disappeared and share to Twitter.
Because the focus was on how time was running out for endangered species, the message resonated. And because Snapchat allows you to track how many users screenshot your posts, WWF was able to track the conversion rates between Snapchat, Twitter, and donations. In one week, 120 million users on Twitter saw related tweets (that’s 50% of all active Twitter users), and WWF reached their monthly donation target in 3 days. 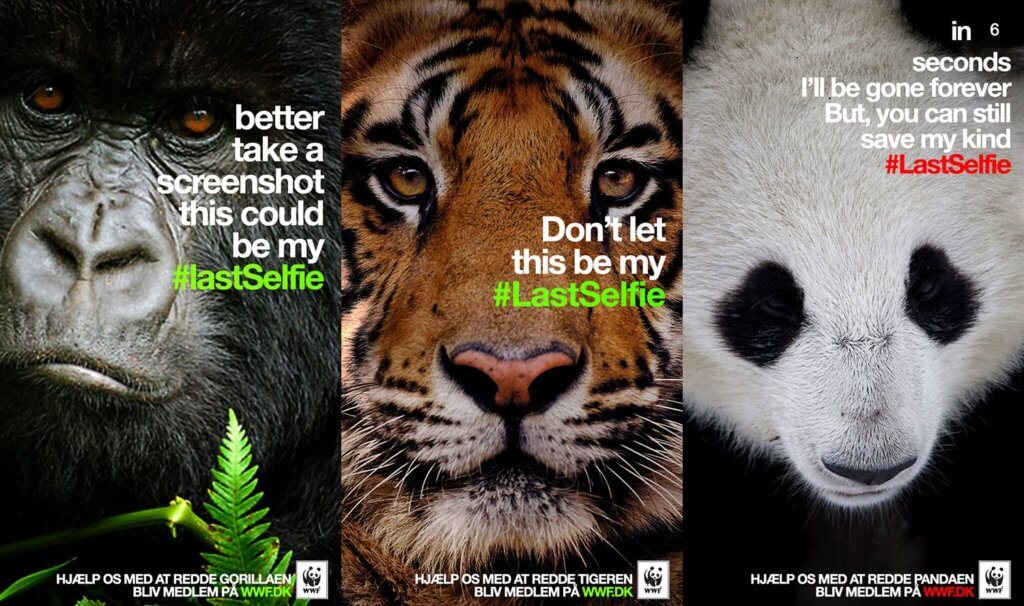 HRW has a 40-year track record of raising awareness and advancing successful strategies for ending human rights abuse, acting as a knowledge hub of research into human rights crises in nearly half the world. What they learned at the beginning of the last decade, however, was that the traditional news hubs were losing territory to other information centers, like social media. Working with NetChange, HRW adapted to this new model of digital publishing.

Nobody puts Baby in the corner, and Human Rights Watch doesn’t put its social media in the corner, either. Working with NetChange, they put together a digital task force to integrate digital with programs, and built capacity on its team with a directorial role that ensured ownership and allocation. Also important: NetChange emphasizes the culture change process “kicked off with senior management and staff,” which enables buy-in and opens up a data culture.

Speaking of top-down buy-in… In 2015, Beth Kanter spoke with Jim Murphy, HRW’s Senior Online Editor, who told her: “In the early days of Twitter, our Executive Director, Ken Roth, was an early adopter is still active on Twitter. When our staff researchers observed him diving in, it gave them more confidence to participate.”
Twitter has since become a “cultural norm” for HRW’s 197+ team members. They offer employees a social media policy and encourage them to use their personal voice rather than posting as an organization or department, and even offer 101- and 201-level trainings for their team, led by some of their internal Twitter stars. 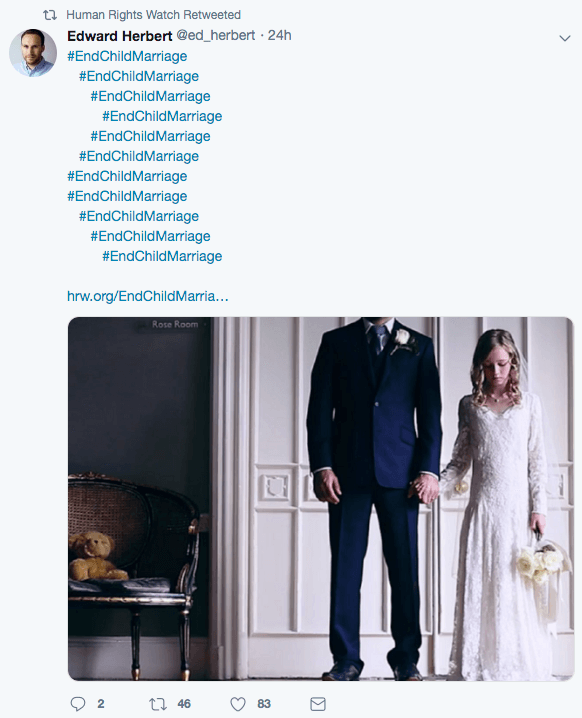 Lesson #6: Go Where Your Audience Is

The flip-side of UNICEF: If you want to meet a specific audience, knowing their platform of choice is more important than going to the most popular platform. Case in point: HRW is interested in engaging with journalists, who are more likely to be on Twitter versus Instagram. This shows in their numbers, and in where they put the most effort on tailoring content. 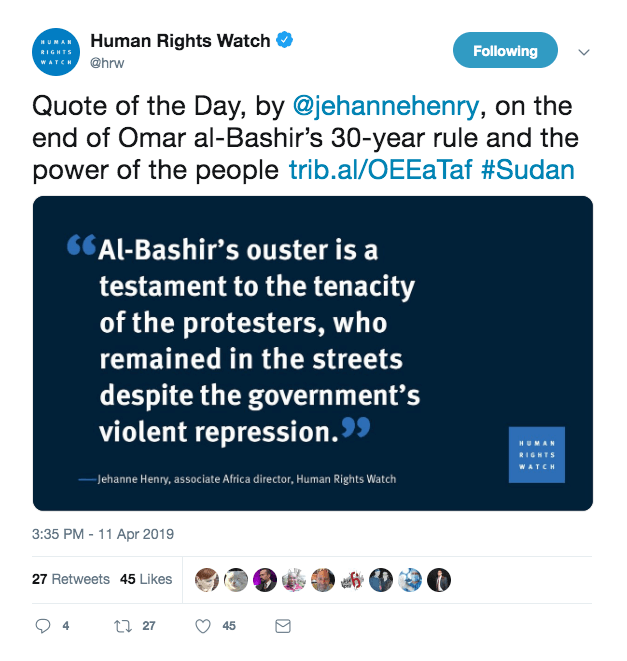 Yes, arts and culture organizations can have an unfair advantage in social media, especially museums: If your work is focused on visual art, you have ready-made content. But that’s not enough to #win on social. This is especially true for arts organizations like MoMA that have a legacy and can therefore seem a bit more staid or conservative.

Lesson #7: Use FOMO to your advantage

Even if you don’t have one of the world’s most-visited art museums at the center of your work, you do have audiences and people who benefit from your work in some way. MoMA often focuses photos of its collection and exhibits on visitors interacting with the art rather than the art itself. Photos with people show to perform well in many marketing contexts (including email marketing and popups), including social media. You can even regram or repost photos from your audiences, making them the content star. This not only makes your audience the hero of the story, it also acts as social proof for potential supporters. 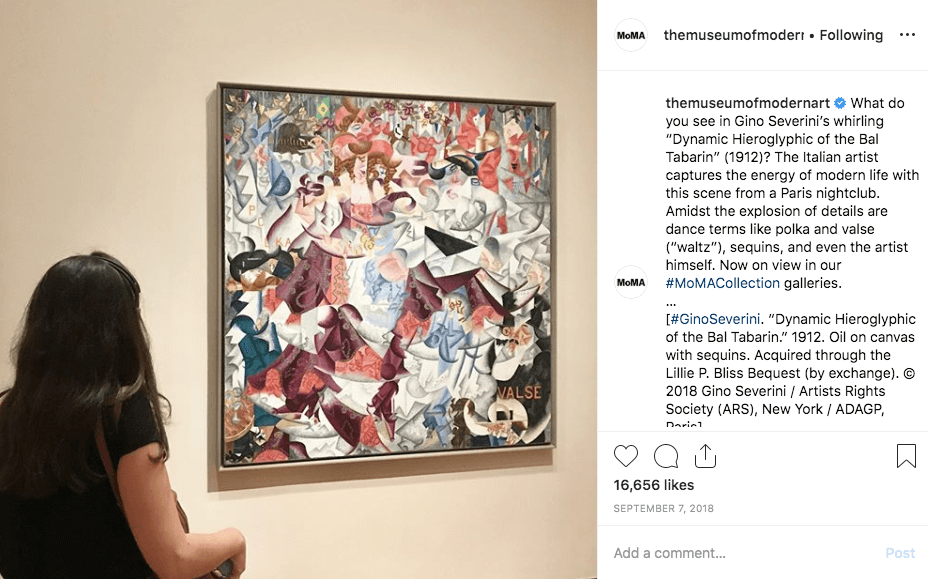 Lesson #8: Avoid the Curse of Knowledge

With many arts organizations, it’s easy to default into the voice of your curators or dramaturgs or artistic directors. For general users, however, this MFA talk doesn’t strengthen your authority and expertise, it shuts them out from feeling like they’re in on the conversation. Since MoMA knew that 30% of its digital audience was between 18-34 (the average museum visitor is much older), they tailored the language to engage on their level without dumbing down the general content. Using language that resonated with their social audience, MoMA has not only built a following thanks to its collection, but also to the warm, personal tone they use to talk about it: “It’s like being a good guest at a party,” Chief Communications Officer Kim Mitchell told Museum Revolution. “We want to contribute to a lively dialogue in a constantly changing landscape.” 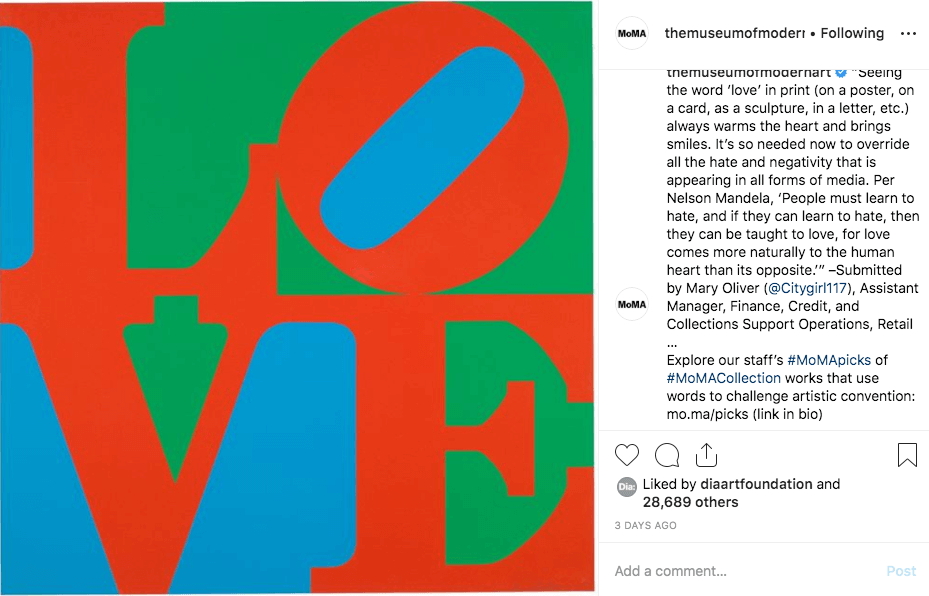 A former Whole Whale client, Planned Parenthood works in schools and communities across the country to provide quality sex education programs to 1.5 million people of all ages across the U.S. — that number enters the multi-millions when you factor in its online presence. Despite not having the highest number of followers on Facebook or Twitter, they have won multiple Shorty Awards and more accolades for its social media campaigns, proving that quality trumps quantity.

If you want to come into the office at 9 and leave at 5 and not think about work the other 128 hours of the week… you’re in the wrong business. When the Susan G. Komen Foundation announced that it was cutting off aid to Planned Parenthood, the organization’s digital team was all-hands-on-deck with a targeted response. They quickly linked to the news on Twitter and Facebook, made a statement on their website, emailed supporters, and set up an emergency fund to replace the anticipated loss. Getting ahead of the ball meant that they earned $3 million in support — more than 4x the loss they were set to take from Komen (who reversed the decision).

Fast response means that you can also control the narrative around your organization. Planned Parenthood’s digital advocacy lead Heather Holdridge explained to the Chronicle of Philanthropy that in being at the forefront of the news story, they were able to mobilize supporters, give them updates, and offer “something constructive and meaningful to do… For us, that was standing with Planned Parenthood, it was not criticizing Komen.” Lesson: Know what you want your audience to do.

Lesson #11: Give in Addition to Asking

One of the reasons Planned Parenthood had such a high engagement rate to begin with was that, as a health agency, they have a lot of supporters who have received support from them. They replicate this online to a global audience with posts that don’t ask for users to post or donate on their behalf, but show that they exist as an organization for them. 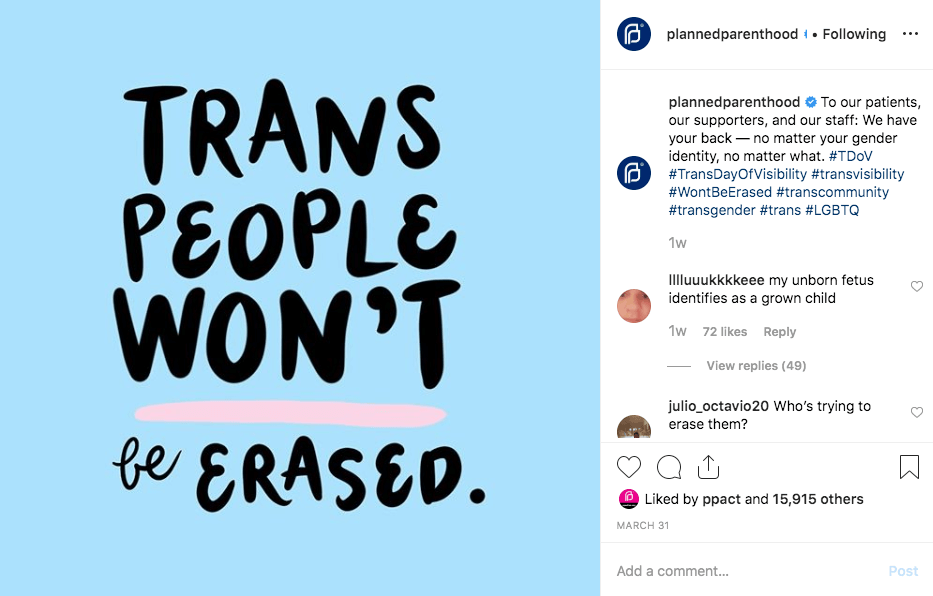 Want to use social media to advocate further for your cause? Politweets by Whole Whale connects your supporters to their local US representatives via Twitter, allowing them to advocate on your behalf. Best part? You can craft the message and choose where on your website you want to send Congress. Learn more about it here.