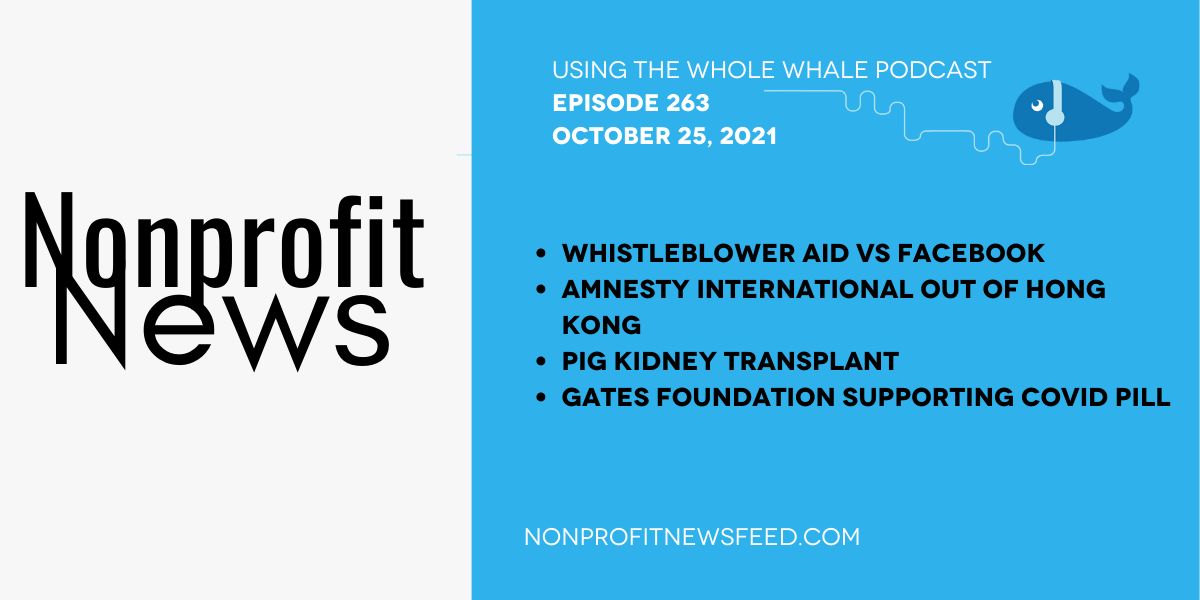 Hong Kong nonprofits are forced to leave and Facebook Whistleblower is supported by nonprofit.

Amnesty International Forced To Pull Out of Hong Kong

International human rights organization Amnesty International has announced that it will be pulling its operations out of Hong Kong, according to a press release. The decision comes on the heels of Hong Kong’s controversial new national security law, which makes it incredibly difficult for groups like Amnesty to operate. The law, which was introduced in June of 2020, has already been used to crack down on non-violent political protest and stifle civil society and other activist groups. According to reporting from The Guardian, more than 35 other civil society groups have also been forced to shut down under the threat of arrest. Amnesty says local offices will close by the end of the month while its regional headquarters will shut down by the end of the year.

The nonprofit Whistleblower Aid says that it’s seeing the “light at the end of the tunnel” after secretly working with Facebook whistleblower Frances Haugen, according to a report from the Washington Post. The nonprofit, which had an operating budget of only $2 million, has taken on the huge task of representing one of the highest-profile corporate whistleblowers of the decade, who went public with internal Facebook reports that show it was aware of potential harm. The nonprofit was forced to divert a huge amount of resources to a singular case in a huge gamble that seems to be paying off, according to Libby Liu, chief executive of Whistleblower Aid. The organization provides things like free legal protection, security, and even mental health support for whistleblowers.

Whole Whale University and free and low-cost courses to increase traffic and fundraising.